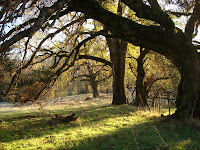 Today is my twenty-sixth birthday. And it’s been almost a month since my last blog post. I’m not really sure where to begin.

Finals were really rough this year. I wasn’t able to keep up with the reading and note taking in any of my classes the way I wanted to, so I had a lot of catching up to do. Aside from the mental strain of finishing four law courses, the physical strain of spending so many hours in the library preparing for exams was totally exhausting. My body hurt so badly and I ended up on a muscle relaxant for the excruciating jaw pain. Also, let me tell you that three or four straight hours of typing during an exam with the pressure of your entire semester’s grade while your fingers cramp isn’t particularly pleasant either. When finals finally ended I was honestly more tired than I have ever been in my whole life. I felt absolutely run down. (The good news? I haven’t gotten all my grades back yet, but so far it looks like I somehow miraculously managed to do pretty well. So that’s a relief!)

Then, the day after my exams ended, APL, River and I bundled into our new Subaru (which we love!) and started driving to California for Christmas. Honestly, APL and I love driving together. It reminds us of the three months we spent on the road after college, where we drove 19,000 miles to all 48 states. Plus, driving ends up being less expensive than flying and it meant we got to have River with us for the holidays, which I loved. So we popped in a book on tape and drove two days through two blizzards and four states to arrive safely in California.

APL’s parents just bought some beautiful property in a small town in Northern California near Yosemite National Park, where they eventually plan to retire. They just finished building a house on it and we were lucky enough to join his family there for a very restful Christmas. One day we drove down to Yosemite Valley with APL’s brother and his brother’s girlfriend and we all went ice-skating in Curry Village. Those 45 minutes of ice-skating were more physical activity than I had done in six months, so I was really proud of myself for trying it, especially considering that a lot of my RA pain is in my toes. It actually felt great and we had a wonderful time! (Although it seems I did pass my tolerance point because I did end up getting sick on the drive back to the house – but it was totally worth it!). We spent the rest of the week watching movies, playing with the puppies (APL’s parents have two dogs), enjoying the beautiful property, and just relaxing. APL even got to drive the tractor!

After Christmas, APL, River, and I headed to the Bay Area for New Years. We spent one afternoon at Point Reyes National Seashore, and then visited with some of our fantastic friends. Our friends are amazing. LK (who has been my best friend since kindergarten) helped me overcome my exhaustion to shop for something to wear to the wedding. She is like my personal shopper, for which I am eternally grateful. And the girl time I had with her was very much needed.

MP and SC were total champs in helping me stay on the gluten-free wagon. Gluten-free eating is really easy to do when you are eating at home, because there is a substitute for almost anything you might want to eat. But being gluten-free is a lot more difficult when you are eating out because everything has gluten on it and substitutes at restaurants are relatively rare. I almost fell off the wagon one night at a Japanese restaurant when I realized I couldn’t have tonkatsu (breading), tempura (also breading), unagi (because of the bbq sauce), or even soy sauce for the sushi!! But MP was kind enough to ask the waiter and discovered that they had gluten-free soy sauce! And the next night when we all went to shabu-shabu, SC showed up with a gallon of gluten-free soy sauce in case they didn’t have any at the restaurant. And thank goodness he did because otherwise I wouldn’t have enjoyed that meal nearly as much!

We spent New Year’s Eve at a Lyrics Born concert, which was really fun. I even danced a little bit! But I am also extremely grateful to MP for securing us someplace to sit during the rest of the concert, as I wouldn’t have made it through the evening otherwise. I am so grateful to have such wonderful friends!

On New Year’s Day we hopped back in the car with APL’s brother and his girlfriend and headed to Portland, Oregon for a friend’s wedding. We stopped at Redwood National Park on the way, which was very beautiful. River really enjoyed playing on the beach, although she still hasn’t quite figured out that you can’t drink ocean water! The wedding was lovely, and it was really fun to get to see friends from high school.

After the wedding we made the long trek back to Boulder and LK came to visit for a few days, which was really nice. Since then I’ve spent the past few days sleeping and resting. I really enjoyed the holidays but they wore me out too!! Today it is snowing and I am spending my birthday morning in bed, updating my blog. And now I’m considering going back to bed for a while. Hey – it’s my birthday! I can do what I want!

Love the update, Birthday girl! Sounds like you had a holiday for the books. I miss you and wish I was there to celebrate with you... or hang in bed and watch bad/good movies. Either way.

Wonderful update! Your holiday sounds amazing! I think I need to do the holidays APL-MZ style next time! :)
You are so incredible for sticking to gluten free, even through the holidays! Wow! I am also so glad you have done well so far on your finals. You are a super woman!
I hope you have an amazing birthday!! Lots of love to you!!