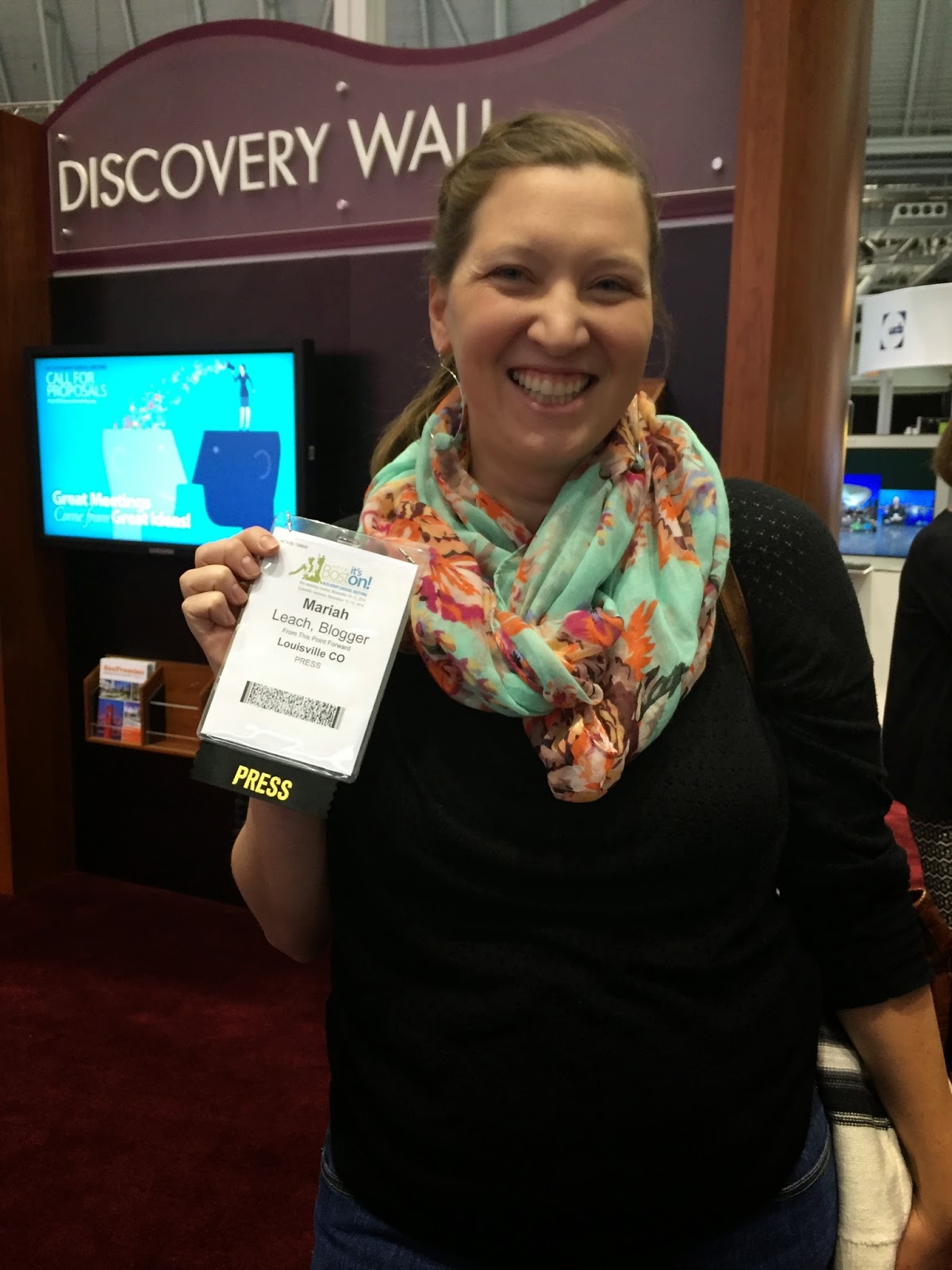 When I was in Boston for the Joint Decisions Empowerment Summit, I also had the opportunity to spend a few hours at the American College of Rheumatology (ACR) Annual Meeting with a press pass. (I know, I know. That was in November! This post is better late than never, right?)

It was an interesting and, honestly, rather overwhelming experience. When you walked into the convention center the giant main hall was primarily taken up by the "booths" of the different major biologic medications. I say "booths" because these setups weren't really booths. Really they were enormous, elaborate, and extremely swanky...pavilions? Areas? I don't even know. But they were fancy to the point where they had padded carpeting and you could feel the difference when you stepped into their area from the conference hall floor.

Nearly all of these booths had coffee bars giving away free espresso and sometimes desserts or snacks to conference attendees. I did decide to take the Enbrel booth up on a free latte. I figured they owe me at least that much after all these years! One of the medication booths even had an elaborate video game setup where you could "learn" about how their drug worked by playing a video game (though, ironically, if you actually took the time to read the facts and learn you totally lost the race. So I'm not exactly sure what they were thinking there.) The amount of money spent to design, create, and run each of these booths must be be simply astronomical. And while I do realize that a certain degree of advertizing is necessary from a business perspective, the whole thing just left me wondering whether that money could have been put to better use to somehow actually improve the lives of patients living with these diseases. 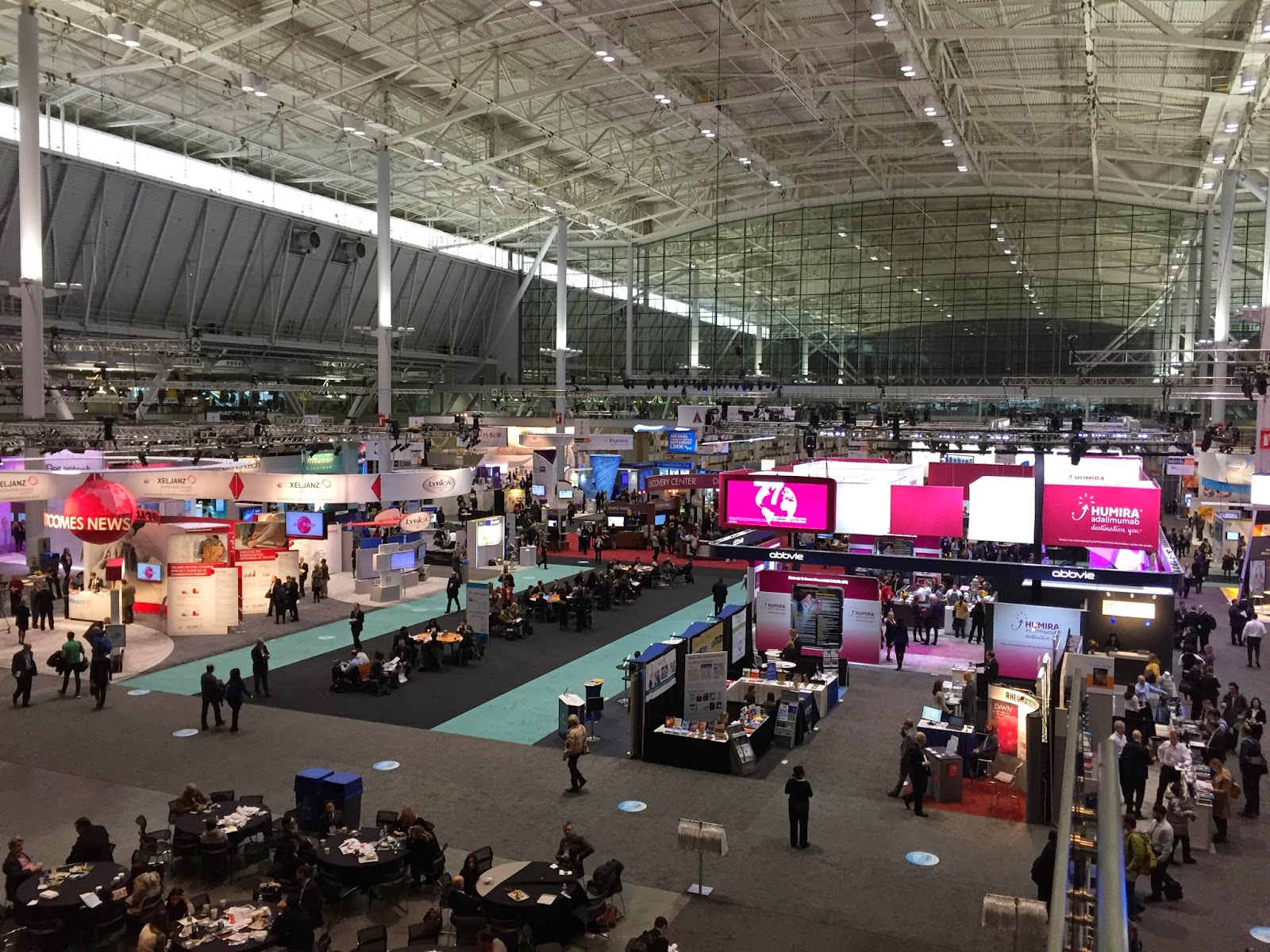 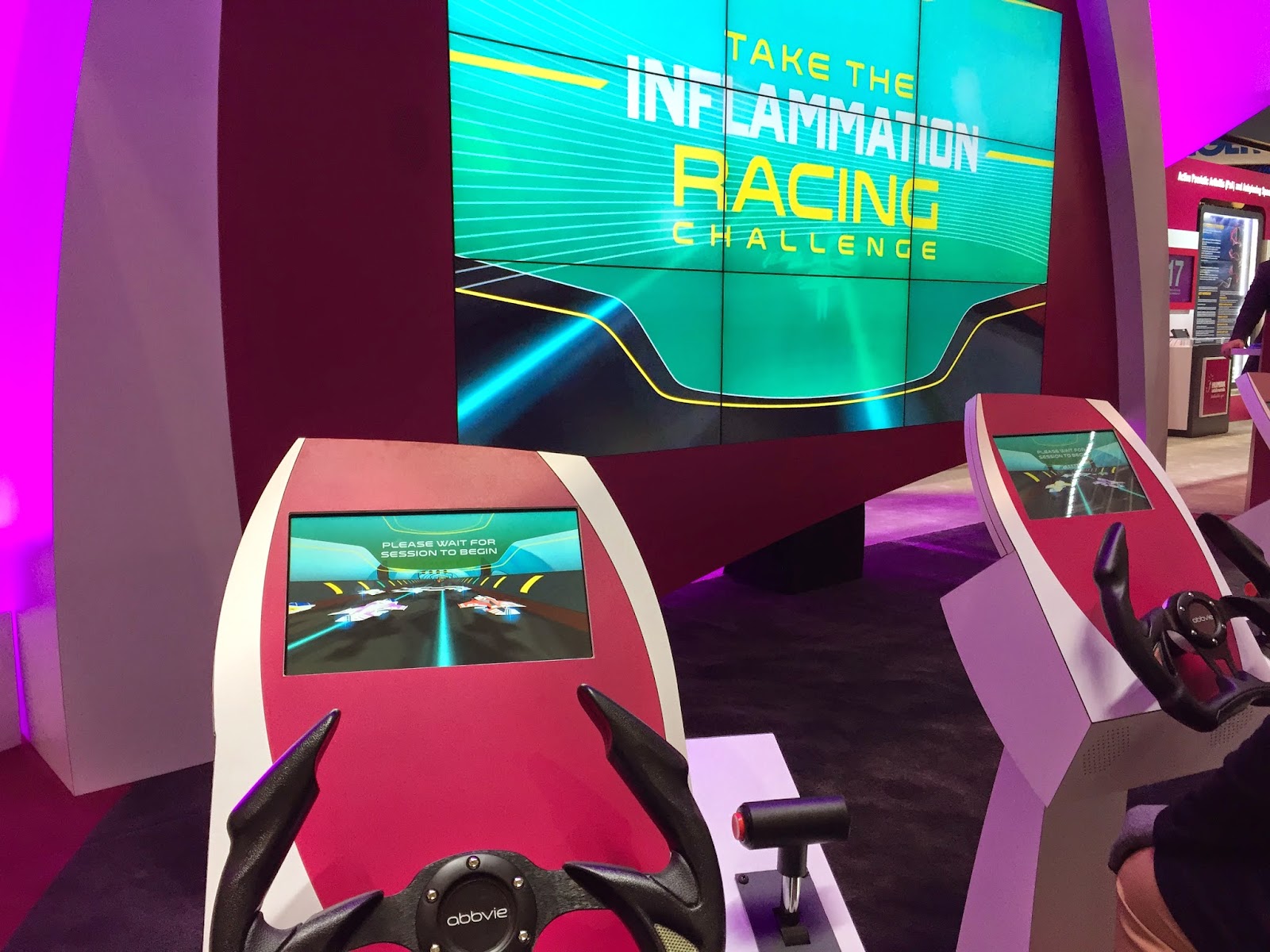 I also realize that ACR is a giant scientific conference primarily intended for medical professionals and scientists - not for patients. But, seeing as patients are the reasons the doctors and pharmaceutical companies have jobs in the first place, it was sort of interesting just how little patient presence there was. Creaky Joints and a few other patient advocacy groups were there, but they all had tiny little booths that were off to the side of the hall. I assume that this was due to cost considerations, but it was sort of symbolically interesting that the huge pharmaceutical booths were front and center while groups supporting the patients who actually take these medications were pushed over to the side.

During the few hours I had at ACR I had time to attend one talk about the current science surrounding methotrexate (ironically while beginning to feel nauseous from the dose of methotrexate I had take the previous evening. Fun times!) And while I also realize the point of most of these talks is to get doctors up to date so that they can do the best job possible helping their patients, I have to admit that it felt a little strange to be discussed as nothing more as a dehumanized number on a graph.

Ultimately I know that the rheumatology community is working very hard to help people living with rheumatic diseases. And I know was only able to explore the conference for a few hours. But it made me wonder whether there was anything that could be done to make patients more a part of this process - rather than pushing them to the side or seeing them as nothing more than consumers of medication. It would be nice to find a way to make patients seem, well, as human as the medical professionals attending these events.

Glad you got to go to ACR this year. It's quite an experience! And way to go for breaking the "rules" for taking pictures of the exhibit hall! :)
Andrew