What Mitchell Taught Me 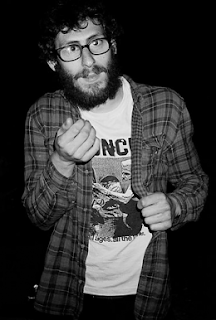 I never met Mitchell Dubey, but he taught me a very important lesson about life that I will carry close to my heart for the rest of mine.
It was exactly two weeks ago that my little sister called me in tears to say that her best friend, who is like another little sister to me, had called her with some terrible news - her little brother, Mitchell, who was only 23, had been shot and killed in his own home. (You can read more about what happened here or here.) So, instead of celebrating my bachelorette party last weekend, I found myself on a plane to California to attend the funeral and try to figure out how to  provide some comfort to my little sister and her best friend.
I don't know if I've ever felt as helpless in my life as when I sat on that plane, trying to figure out what I would say or do to help when I reached Los Angeles. I found myself completely fixated on the extreme fragility of life - how a person could be here one second and gone the next. And I just couldn't stop thinking about how unfair and horrible the world seemed. How could a nice vegan kid who worked in a bike shop be shot and killed in his own home??? And how could this tragedy possibly happen to a family that had already had more than their fair share of tragedy?? (Two years ago, their father had a snowboarding accident that left him paralyzed from the neck down.)
From my personal perspective, this tragedy struck a particularly harsh note, since APL and I have so recently been discussing starting our own family. As I sat on that plane and thought about Mitchell and his father and his mother and his sister I couldn't help asking myself, over and over again, how can I possibly bring a child into this unfair and horrible world?
But then I met Mitchell.
I met Mitchell by watching his sister lovingly sort through photos of him, smiling at her baby brother wearing glasses. I met Mitchell in the strength of his parents, who opened their home to a dozen of Mitchell's friends from Connecticut, and even made sure there was vegan food in the house for them. I met Mitchell when my sister and I took a walk on the beach and decided to jump in the freezing ocean, just to feel alive. I met Mitchell by attending his funeral, where the chapel was so full that the service had to be simulcast to the people standing outside. I met Mitchell in the voices of his family and friends, who told so many happy, funny, wonderful stories about his life and all the people he touched - including the fact that a thousand people attended the benefit concert for Mitchell in Connecticut. I met Mitchell as I stood with hundreds of other people dressed in black and crying as he was lowered into the earth. And I met Mitchell when I cried with them.
Mitchell taught me that the world is full of love. He taught me that the birth of one baby boy with glasses could touch the lives of hundreds, even thousands, of people. He taught me that the love of family and friends is the most important thing in the world. And, even though the world may not always be fair, Mitchell taught me that life is always, always, 110% worth it.

This was really nice Yiah Yiah. Thank you again for coming and holding my hand. I love you.

Mariah, Sarah sent me this and I just wanted to let you know this was so sweet and I loved it. See you next weekend!

This is so beautiful.

I'm so sorry for your loss! T