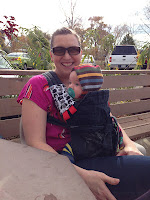 I don't know what it's worth to you, but my RA usually *does* present exactly how you're describing... general pain, stiffness (especially in the morning)... hard to find a comfortable position to sleep. I only occasionally get the joint flares you do but more often than not, I am in a general state of tired/achy. Nana's curse again?

For me and for my RA, I get the definite joint pain AND overall stiffness. Depending on the day, it can range from "not bad" to "holy crap".

Regardless, I hope the new meds help you. Good luck!

I am the same as Melissa and Mom2LittleMiss, in that my RA does present with overall stiffness and aching. However, I DO have FMS in addition to RA. At least that is what they tell me. lol I was diagnosed with FMS first, and only after questioning the doctor about my joint swelling (which is NOT a symptom of FMS) did they check again for RA. However, I am one of the 20% whose RA does not show in blood tests, so that is where the confusion was. But I have all the physical symptoms of RA. But, I am not surprised that you feel the same symptoms as FMS patients, as RA and FMS can feel so similar at times, that the two can be "interchangeable", and often misdiagnosed...as in my case at first.

I hope you feel better soon and that the medication the doctor added helps. I take Humira for my RA, but take Savella for my FMS. Some FMS patients take Lyrica, Neurontin and some take Cymbalta. However, I reacted to Lyrica, Cymbalta and Neurontin, therefore, the Savella.

Wishing you good luck with the new med and mostly with the baby :)