Not Everyone Has Faxes, You Guys 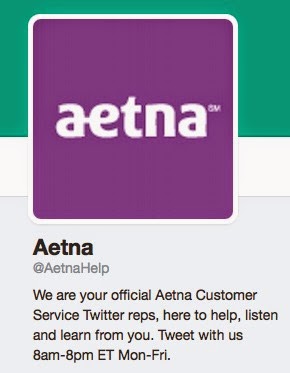 Just wanted to share another delightful interaction with my current insurance company! It never ceases to amaze me how insurance companies are able to have policies that actually make it more difficult for patients to get the treatment they so desperately need.

When my rheumatologist decided to switch me to Rituxan, my amazing nurse immediately faxed Aetna a request for prior authorization. A few days later I asked whether she had heard back from them. She hadn't, but because she is awesome she called them right away to find out the status of my authorization. Well it turns out that Aetna authorized my request to start Rituxan the same day that my nurse faxed it to them. But, instead of responding by fax (or any other method of communication commonly used in this century) they put my authorization letter in the mail. Which means that if I hadn't called nurse, and my nurse hadn't called Aetna, we'd still be waiting who knows how many more days for the prior authorization to arrive via snail mail. Instead I was able to have my first infusion of Rituxan yesterday.

So here's what I wanted to know: why is it considered a good policy to respond to faxes via mail? Aetna boasts a Twitter page called @AetnaHelp that is supposed to be "here to help, listen, and learn from you." So I went to Twitter and asked them to explain their policy. Here's how that went: 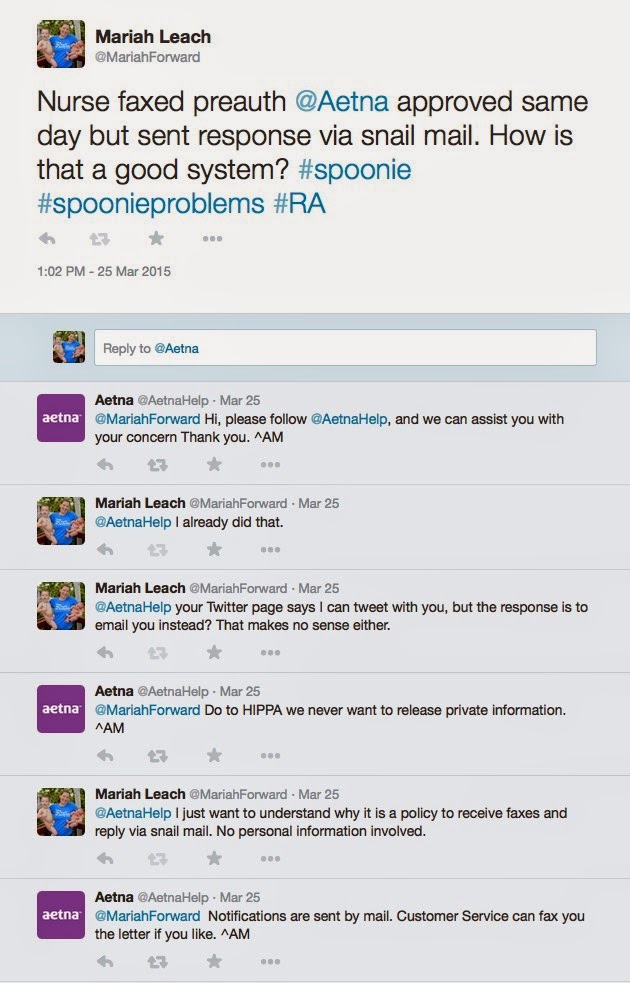 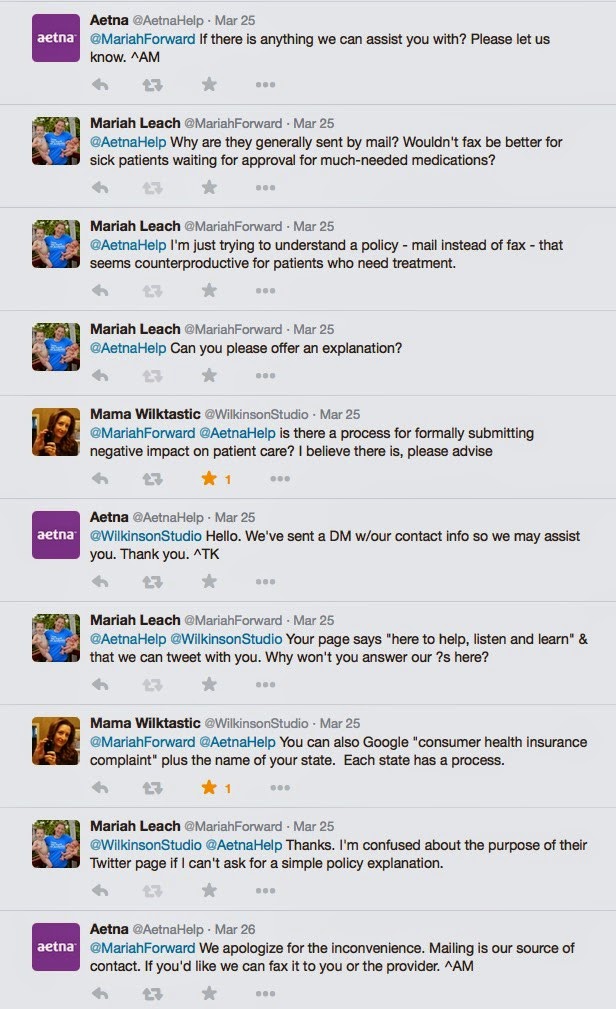 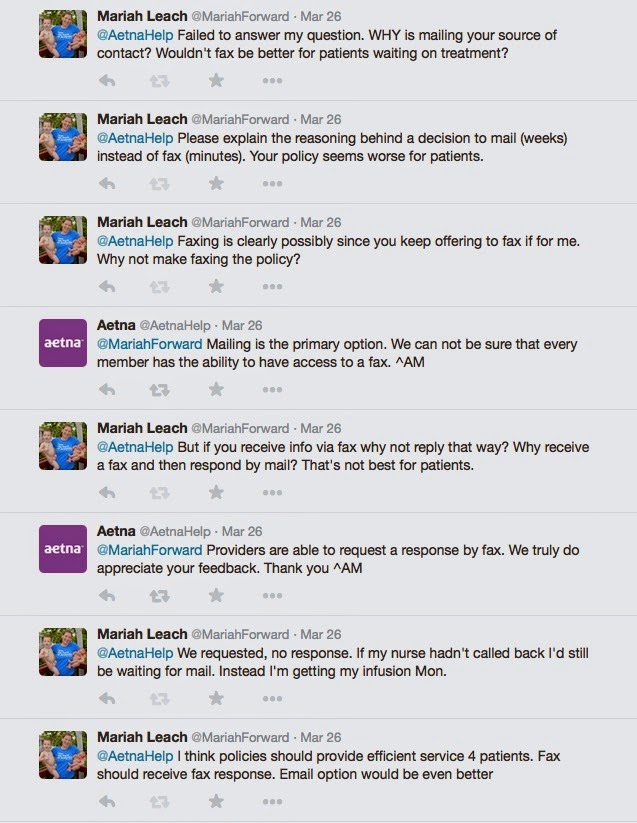 But, seriously, I still think they still failed to adequately answer my question. (You'd think they would take someone who criticized them in the Washington Post a bit more seriously.) I get that not everyone has a fax machine, so maybe it is in fact a good policy to send everyone a response via snail mail to make sure that everyone does eventually get a response. However, if a doctor's office submits a request for prior authorization via fax, then clearly they have a fax machine.

Faxing is obviously an authorized method of communication, and responding via fax is obviously possible for Aetna since they kept offering to do it for me. I don't see any valid explanation for receiving a fax and then automatically sending a reply via snail mail instead of fax. The only thing that does is increase the amount of time patients are waiting for much-needed meds, and patients don't need any more burdens than they already have. And requiring doctors to request a response via fax shouldn't be necessary either, and in any event clearly isn't working as I am certain my nurse would have requested such a response.

In the end I think it is important to call insurance companies out - publicly - for policies that make things worse for patients. Policies should be created to take the burden off patients, to provide efficient service and effective care. And there isn't much we can do to change these policies because chronically ill patients are pretty much a captive audience. But we can at least ask questions!