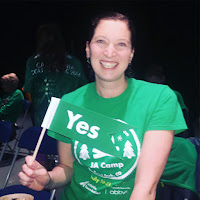 On Monday, I went down to Denver to watch the season finale of The New Celebrity Apprentice with a group of Arthritis Foundation volunteers. I'm not generally a fan of reality TV - partly because, as a mom of small children, I don't exactly have time to watch it! But while I hadn't been watching the show the whole season, I had been following what was happening because one of the contestants was Matt Iseman, who was competing on behalf of the Arthritis Foundation.

For Matt the cause is personal, since he lives with rheumatoid arthritis himself. I first had the pleasure  of meeting him at the Joint Decisions Empowerment Summit in 2015, where he hosted our live web chat on breaking down barriers between patients and rheumatologists. Then, just last month, he hosted the Autoimmune Disease Patient Panel I participated in, where we both got to share our experiences as RA patients with immunology researchers. Even when meeting him fairly briefly, it's easy to tell that Matt is an all-around great guy - lots of fun and always upbeat. So I was very excited to see him use the reality show as a platform for spreading awareness about arthritis.

In the finale, Matt, who is the host of American Ninja Warrior, was competing against Boy George, a much better known celebrity. By the time the finale happened, Matt had already raised $100,000 for the Arthritis Foundation along the way. In the final episode, I thought Matt did a fantastic job of using the platform he had been given to share the realities of life with arthritis by sharing his own story and his reason for his commitment to the cause. I mean, Tyra Banks said "rheumatoid arthritis" on TV!! That has to help with spreading awareness!! It was also really fun to see some of my friends from the California Coast Classic make a cameo on the episode.

In the final challenge, Boy George raised $445,925 for his charity, Safe Kids Worldwide. But Matt managed to raise $573,329 for the Arthritis Foundation. Sounds like the shows' host, Arnold Schwarzenegger, had been concerned about Matt's ability to raise funds. But, when Arnold complimented Matt on a job well done, Matt reminded him that he didn't do it alone and thanked his Arthritis Foundation family. And that certainly made me smile!

In the end, Matt was named the New Celebrity Apprentice, winning an additional $250,000 for the Arthritis Foundation. Raising nearly $1 million dollars is amazing - that's about what the entire California Coast Classic brings in for the foundation, and it's the biggest fundraiser in the country! But, perhaps more than the money, I'm excited that Matt had a platform to educate ordinary viewers about the realities of life with arthritis. Making arthritis "visible" will have a huge impact on the lives of people who live with it every day. Thank you so much, Matt!! 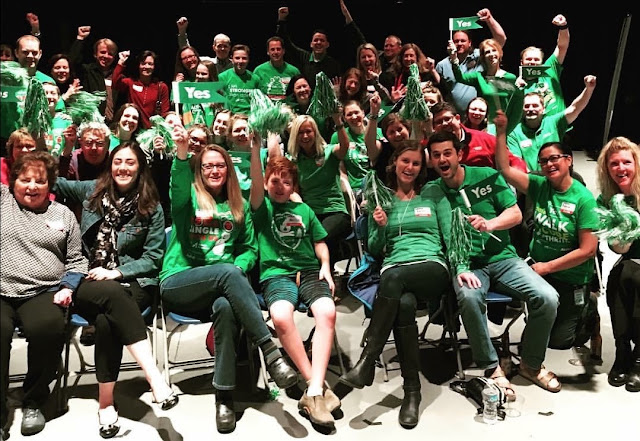 Yeah indeed. One has to love a great job well done; greatly.