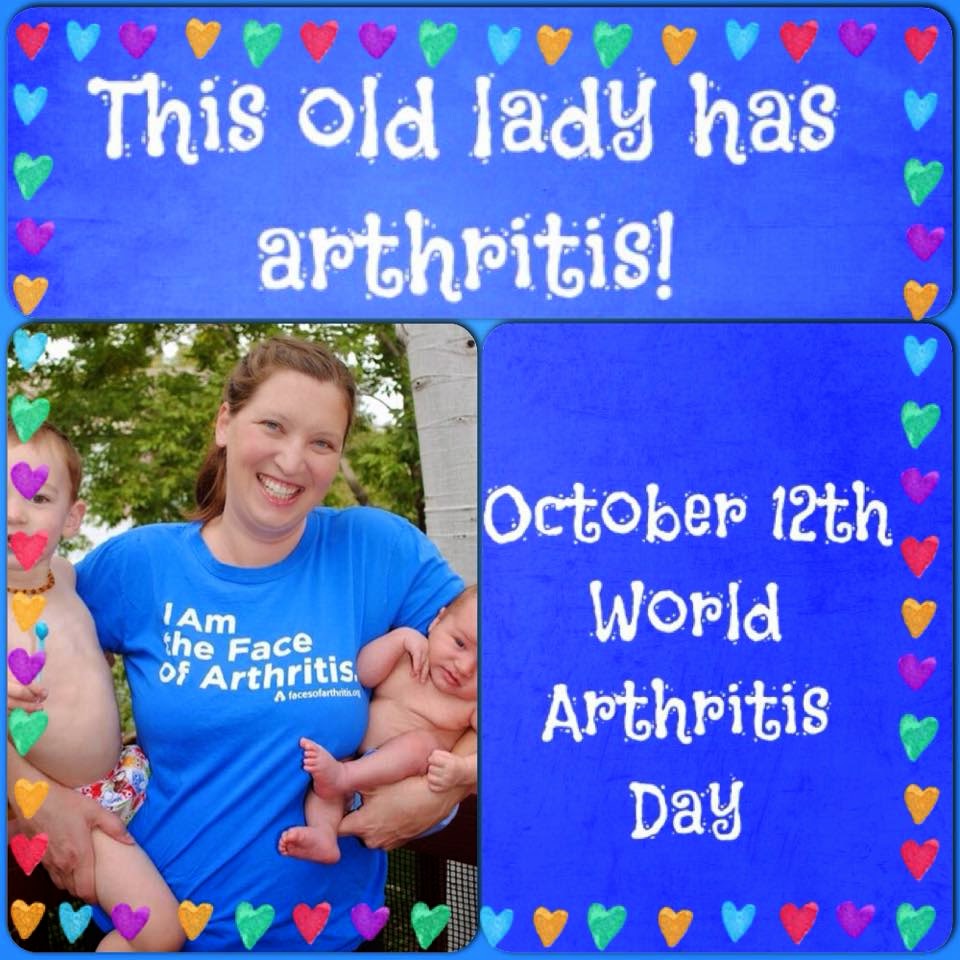 Guess what? There's another Mariah out there who has arthritis. (And, weirdly, it turns out that her grandmother went to high school with my father! Small world!) The other Mariah is only 8 years old, but she was diagnosed with Polyarticular Spondyloarthropathy at the age of 4. Her friends and family have created a team to support her and promote awareness about arthritis called Mariah's Movers.

In honor of World Arthritis Day, which is October 12th, Mariah's Movers has created an amazing campaign to correct the familiar misconception that only old people get arthritis. Mariah's mom has created a meme with the caption "this old lady has arthritis!" or "this old man has arthritis!" and featuring, not the old men and women you might expect, but instead pictures of adorable children and young adults who are already living with arthritis.

So far she has made over 300 of these memes. A friend of mine who is a JA mom pointed out that if each of these pictures is used as profile picture on Facebook, and each person has an average of 300 friends (which is probably a conservative estimate), Mariah's Movers just helped spread the word to 90,000 people!! And as more people hear about the campaign and continue to submit pictures, Mariah's mom is generously continuing to create more posters and this number will only continue to grow.

So, in honor of World Arthritis Day and to pay tribute to the amazing work being done by Mariah's Movers, I've decided to let some of these "old ladies" and "old men" take over my blog!! Please take a minute to scroll through and look at a few of the real faces of arthritis - and help spread the world that arthritis is not just for old people. 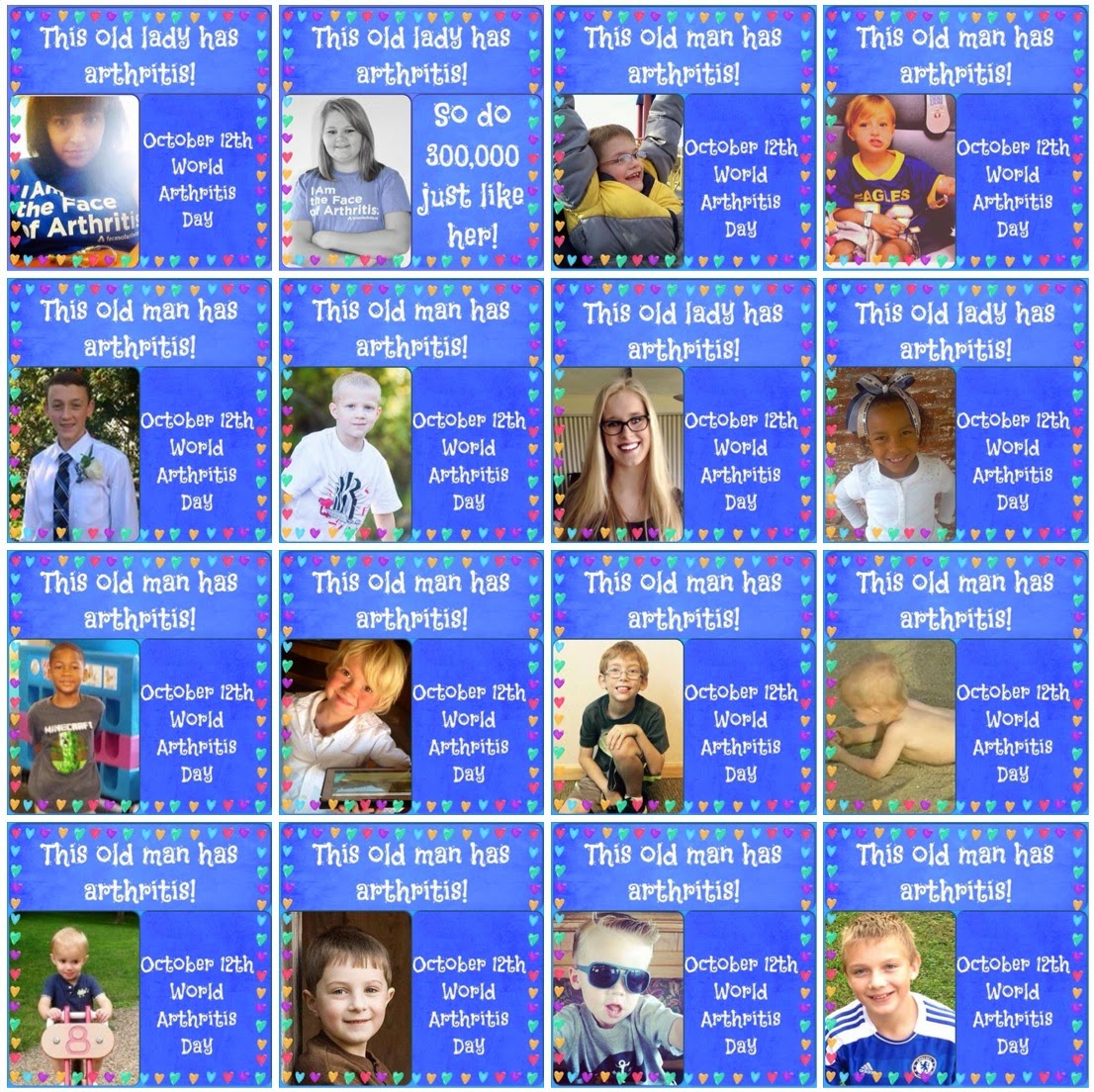 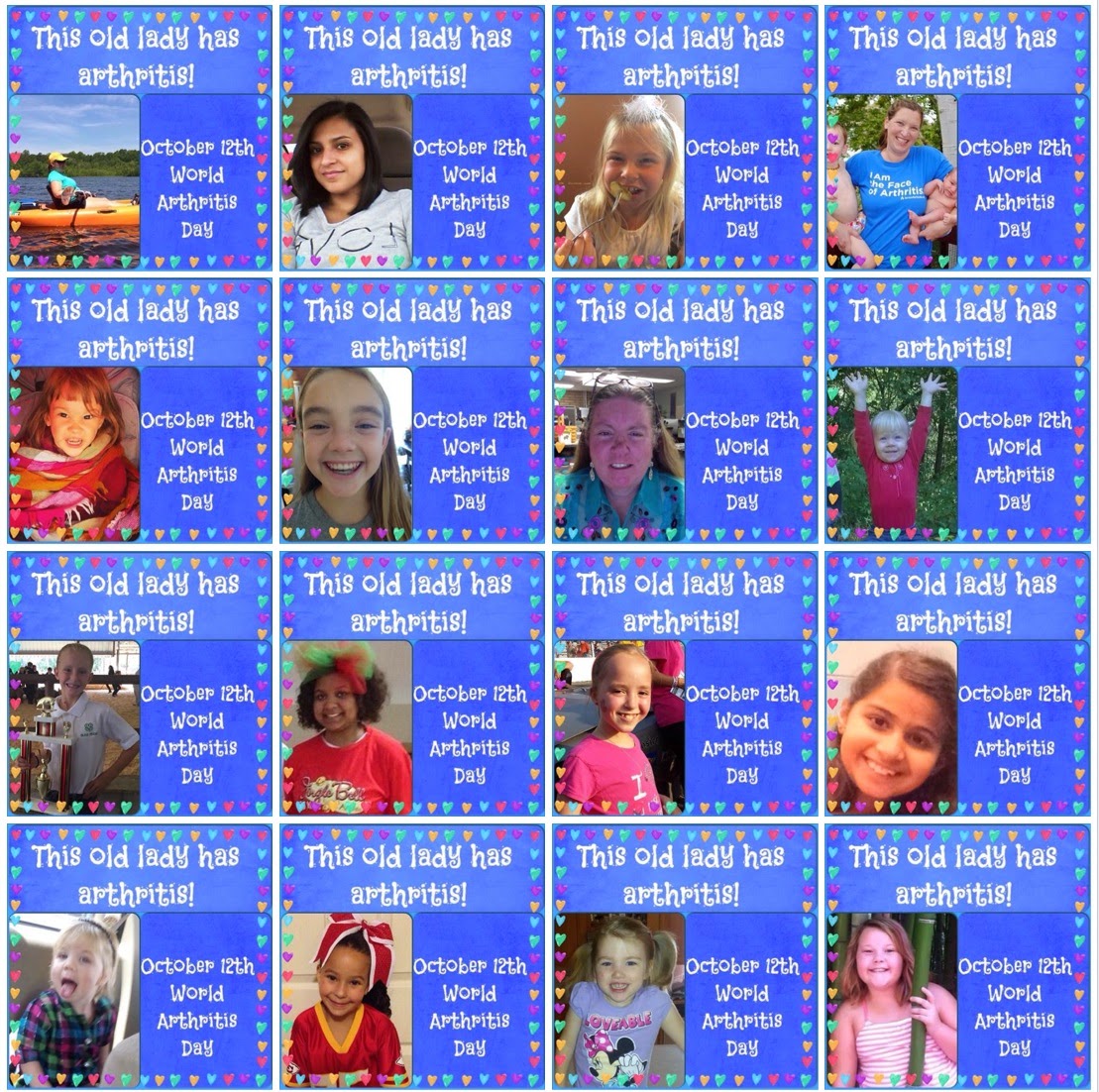 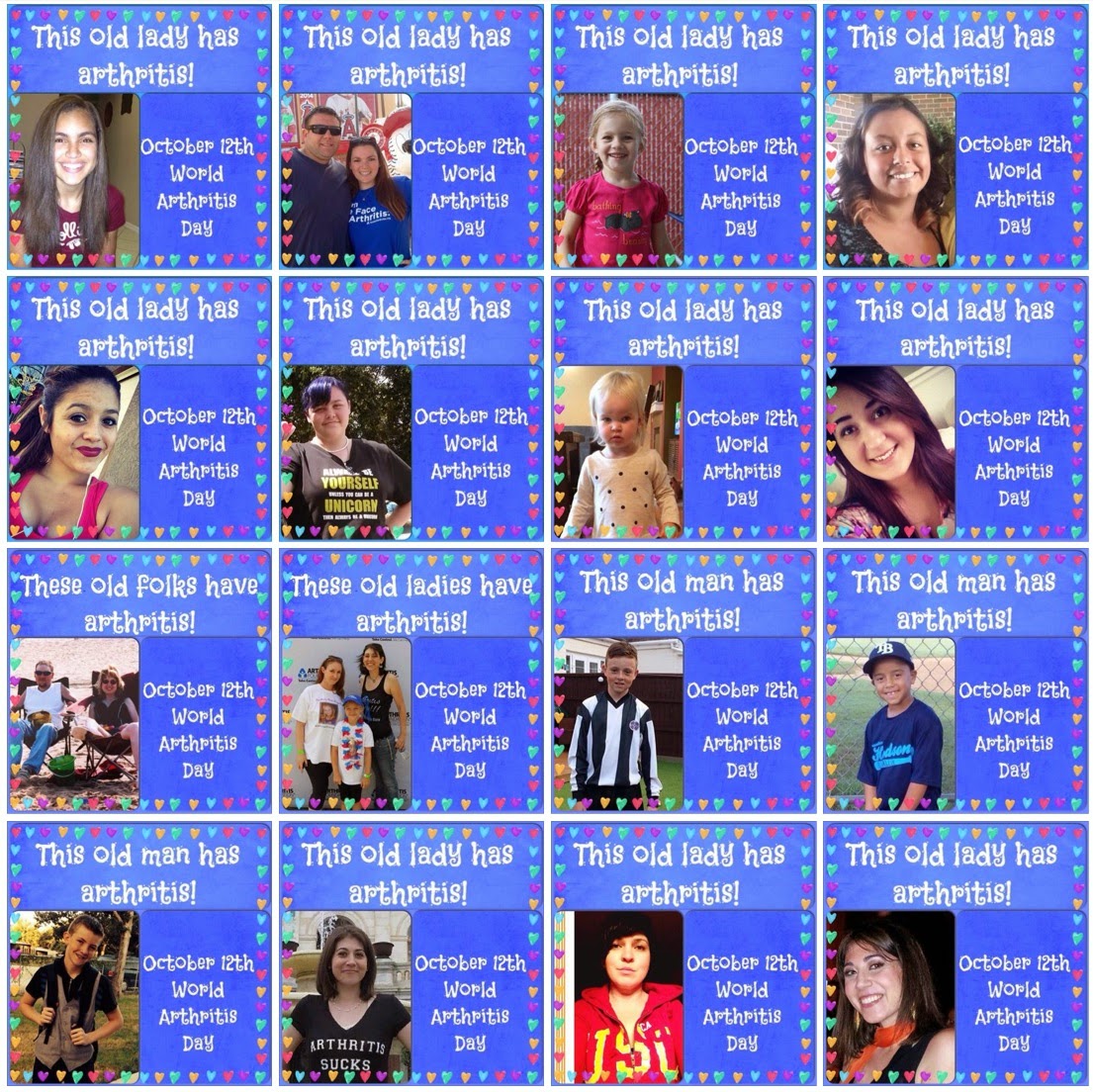 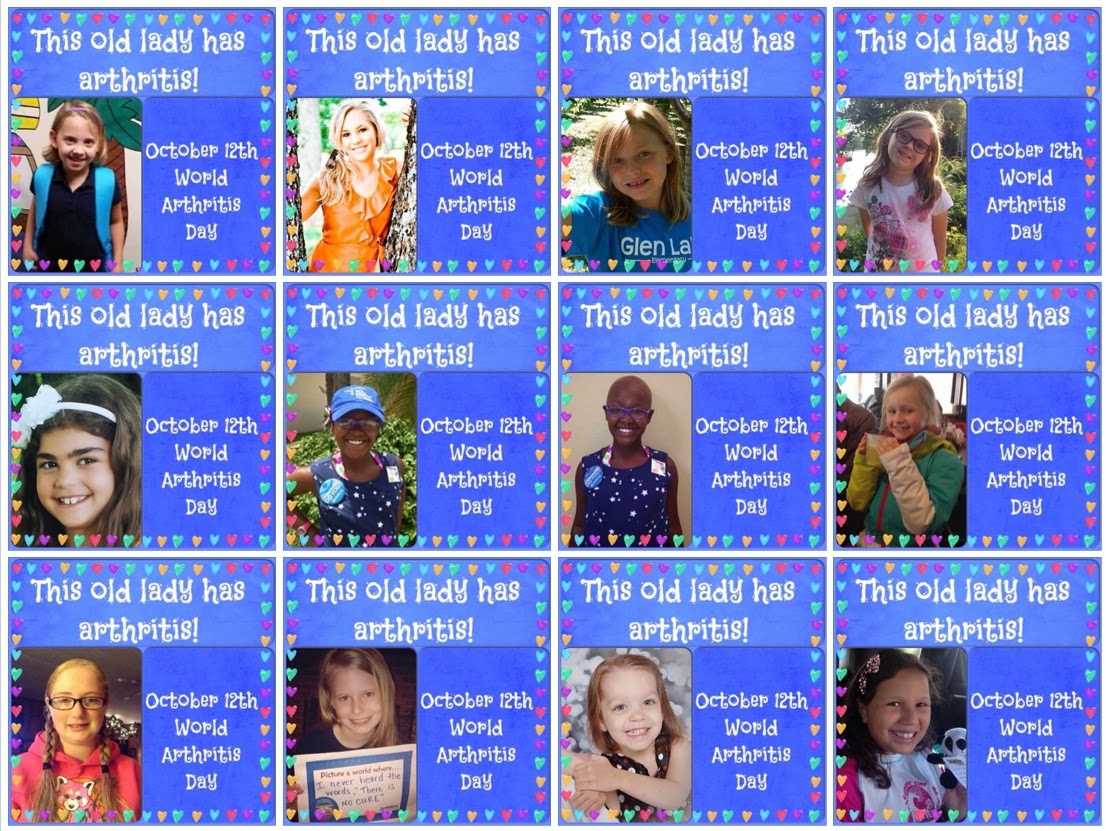 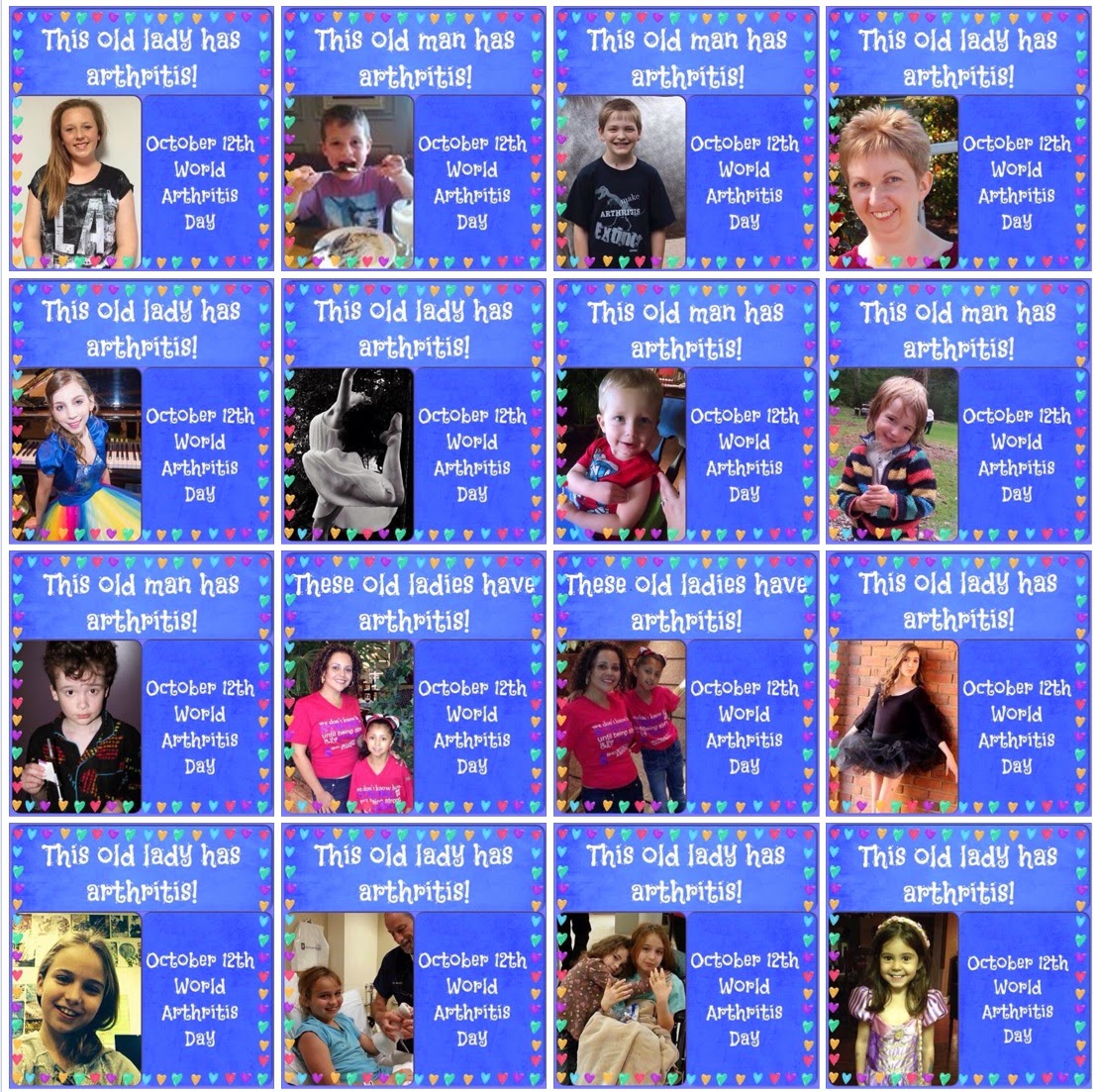 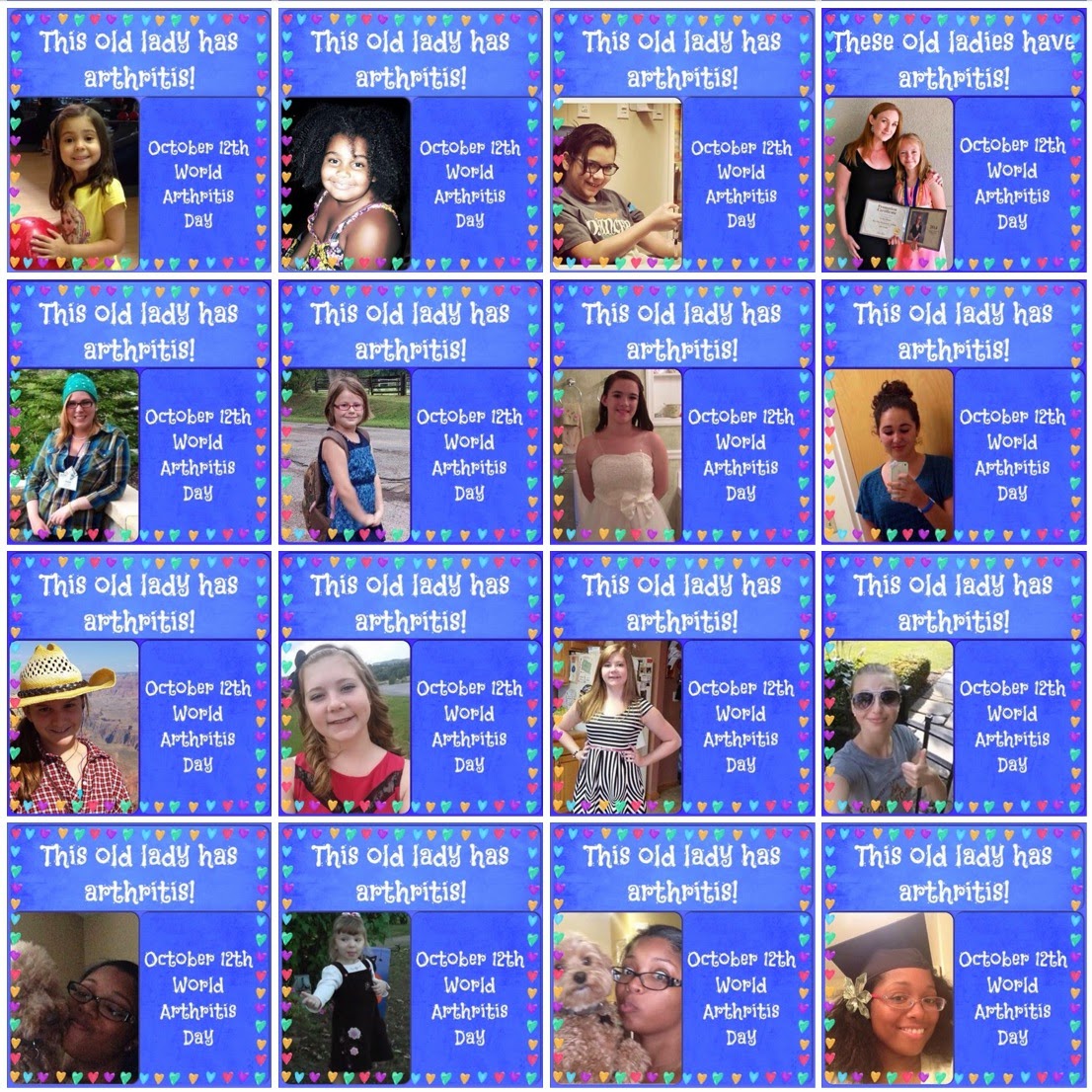 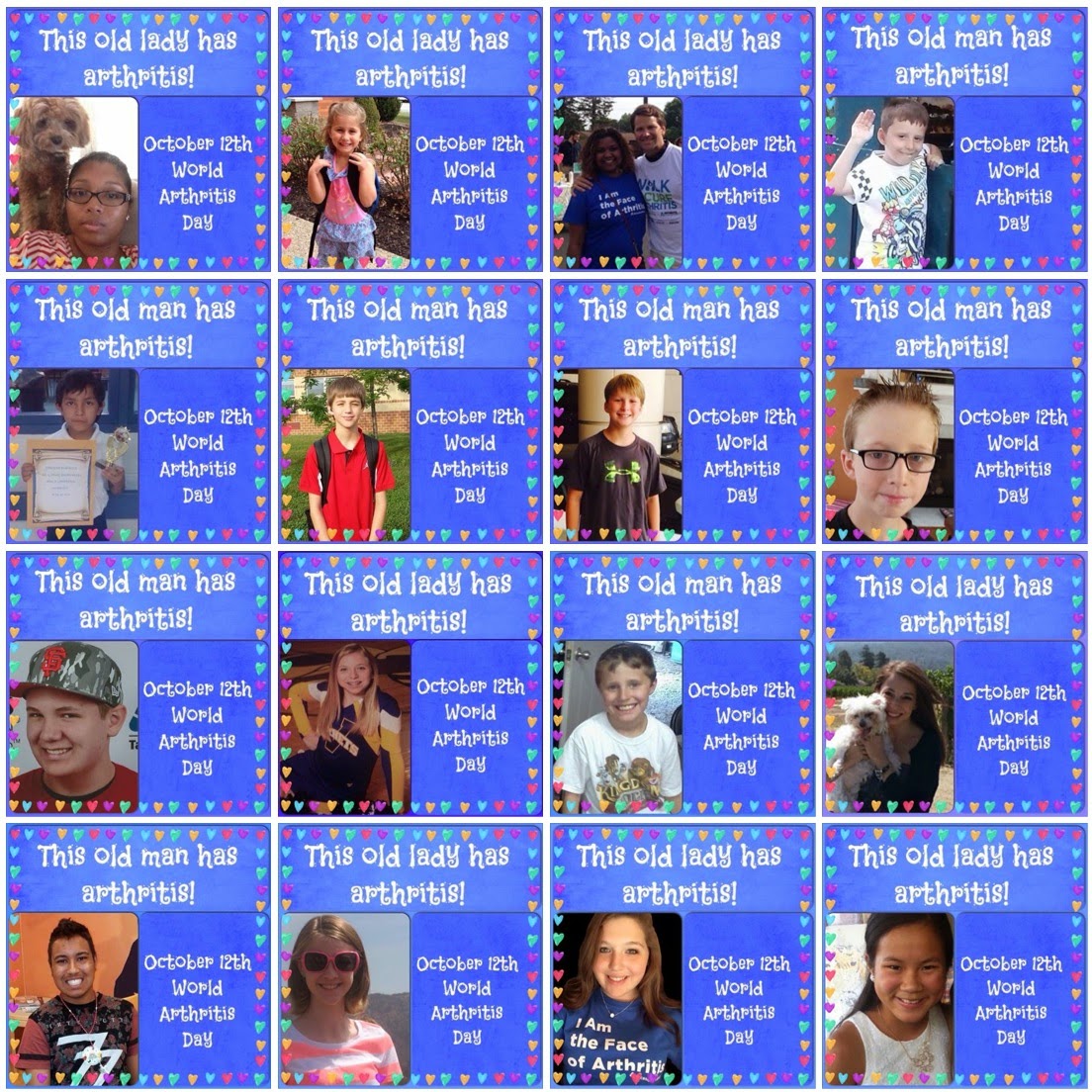 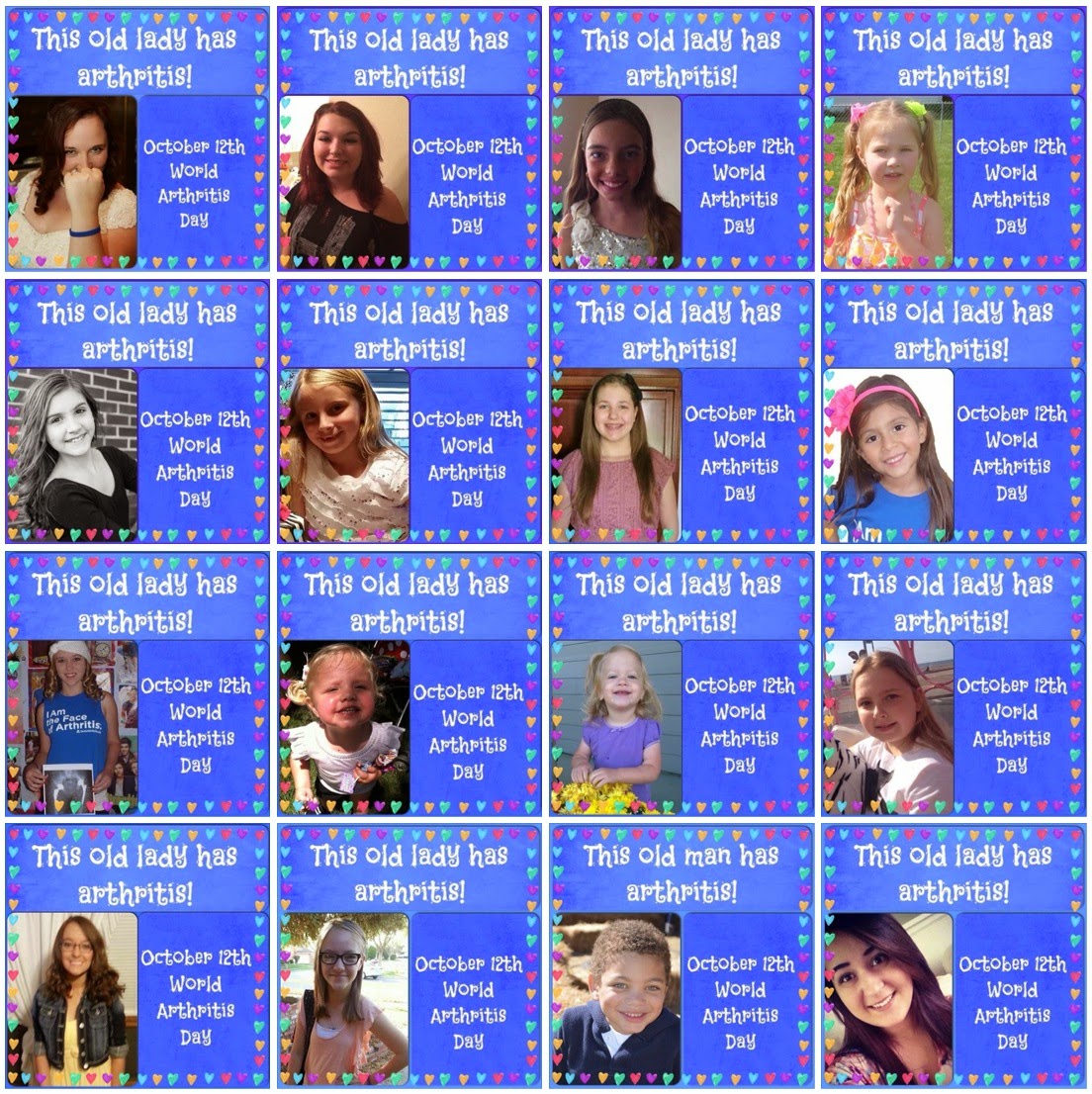 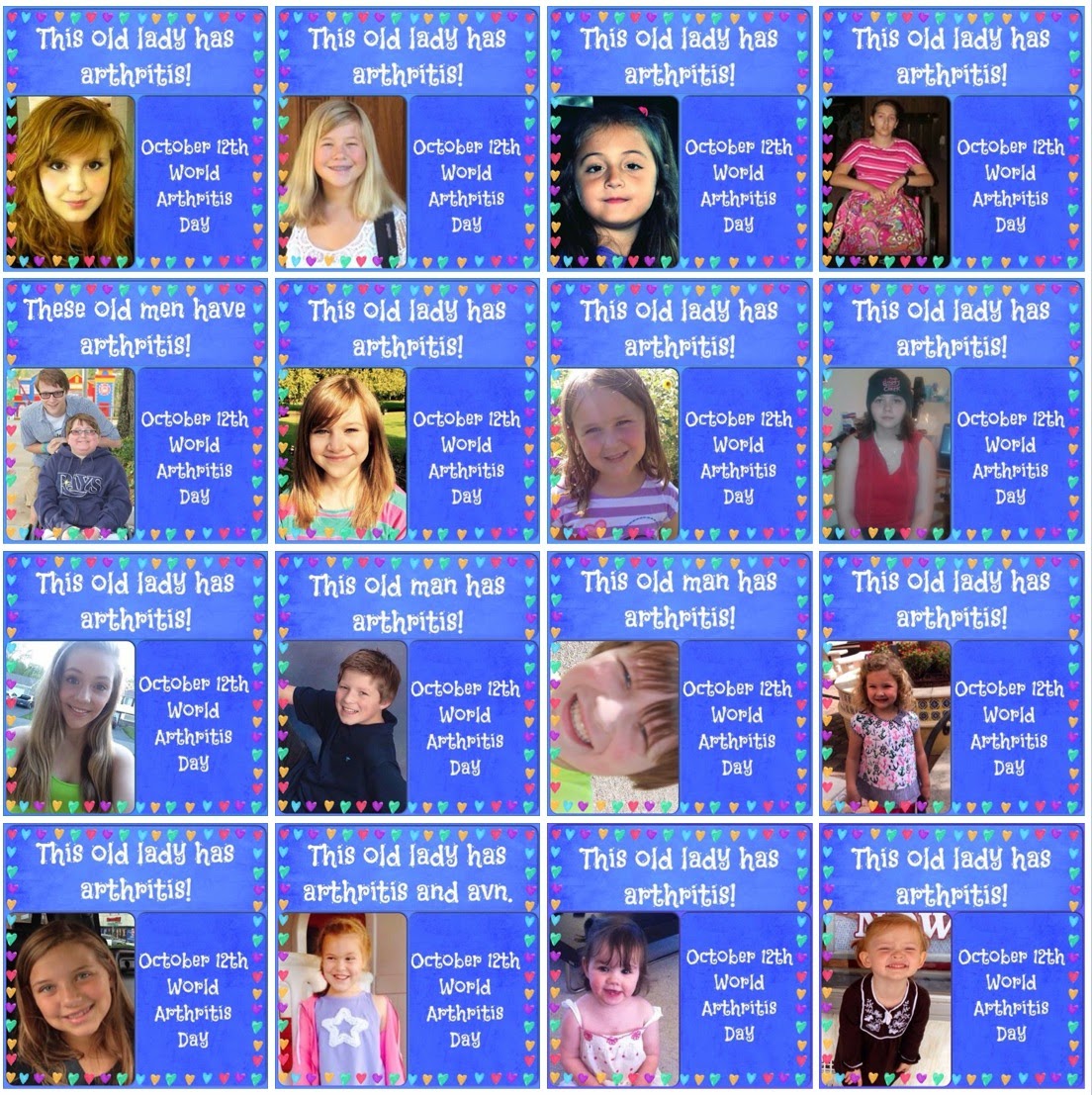 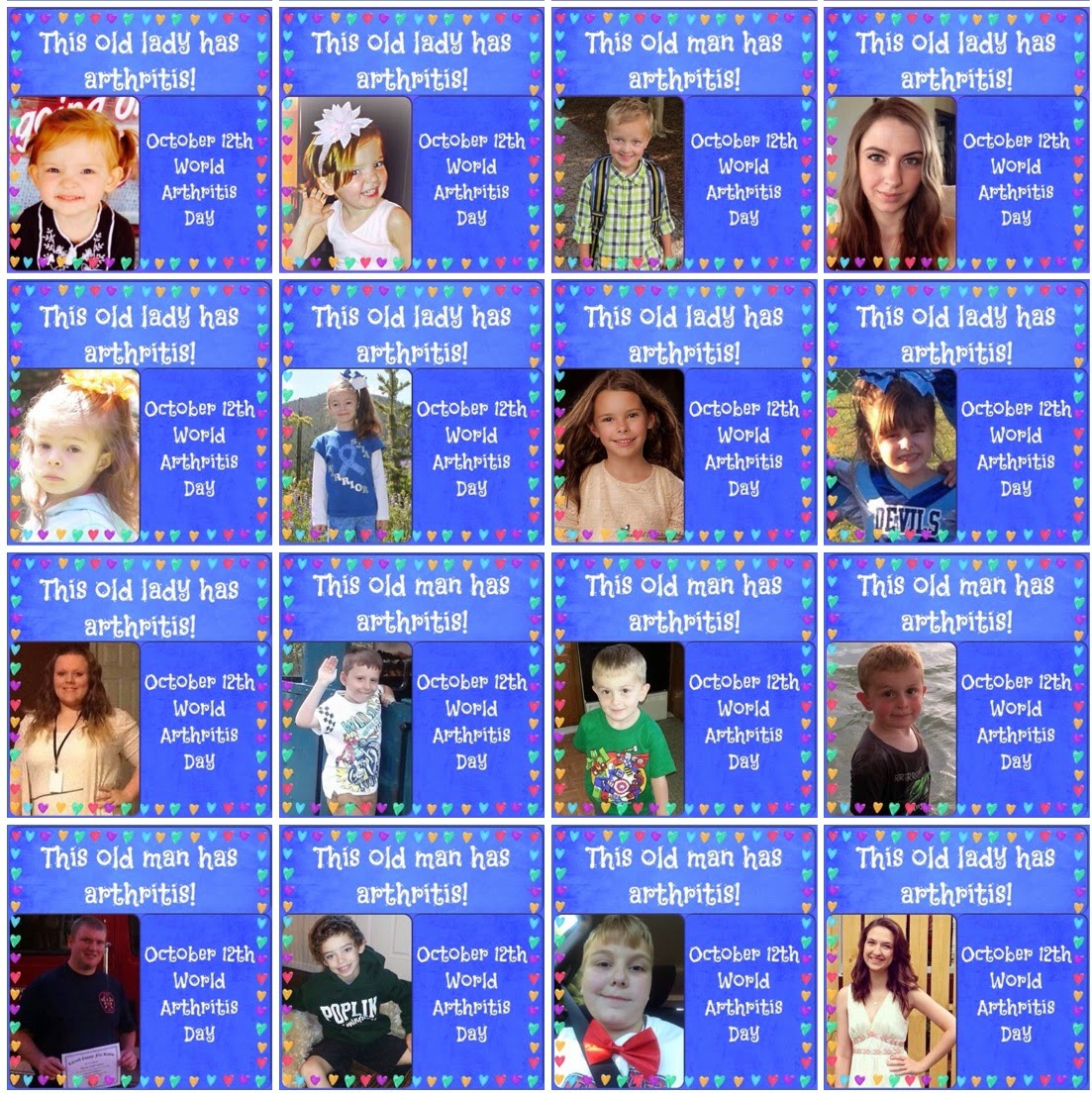 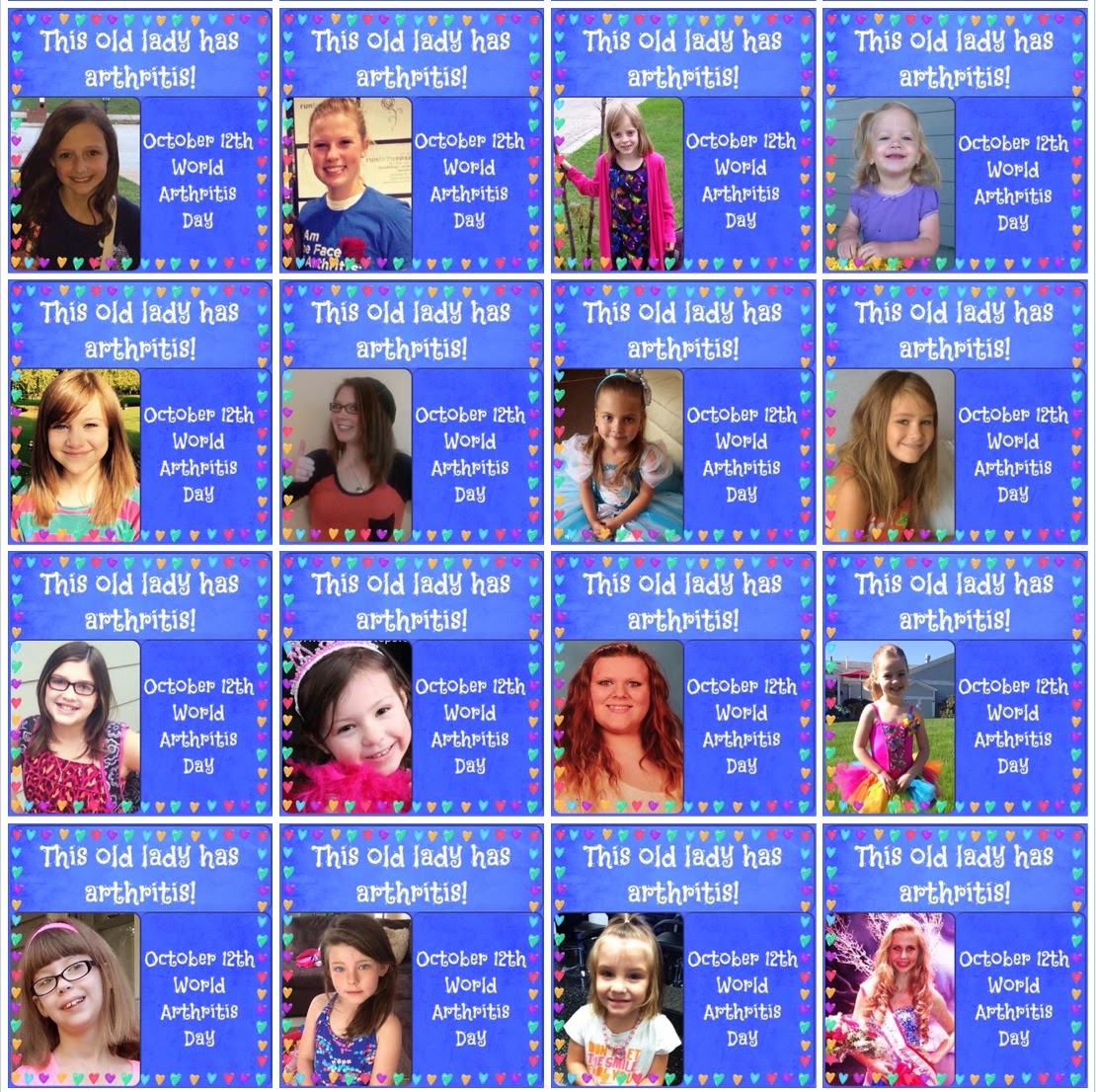 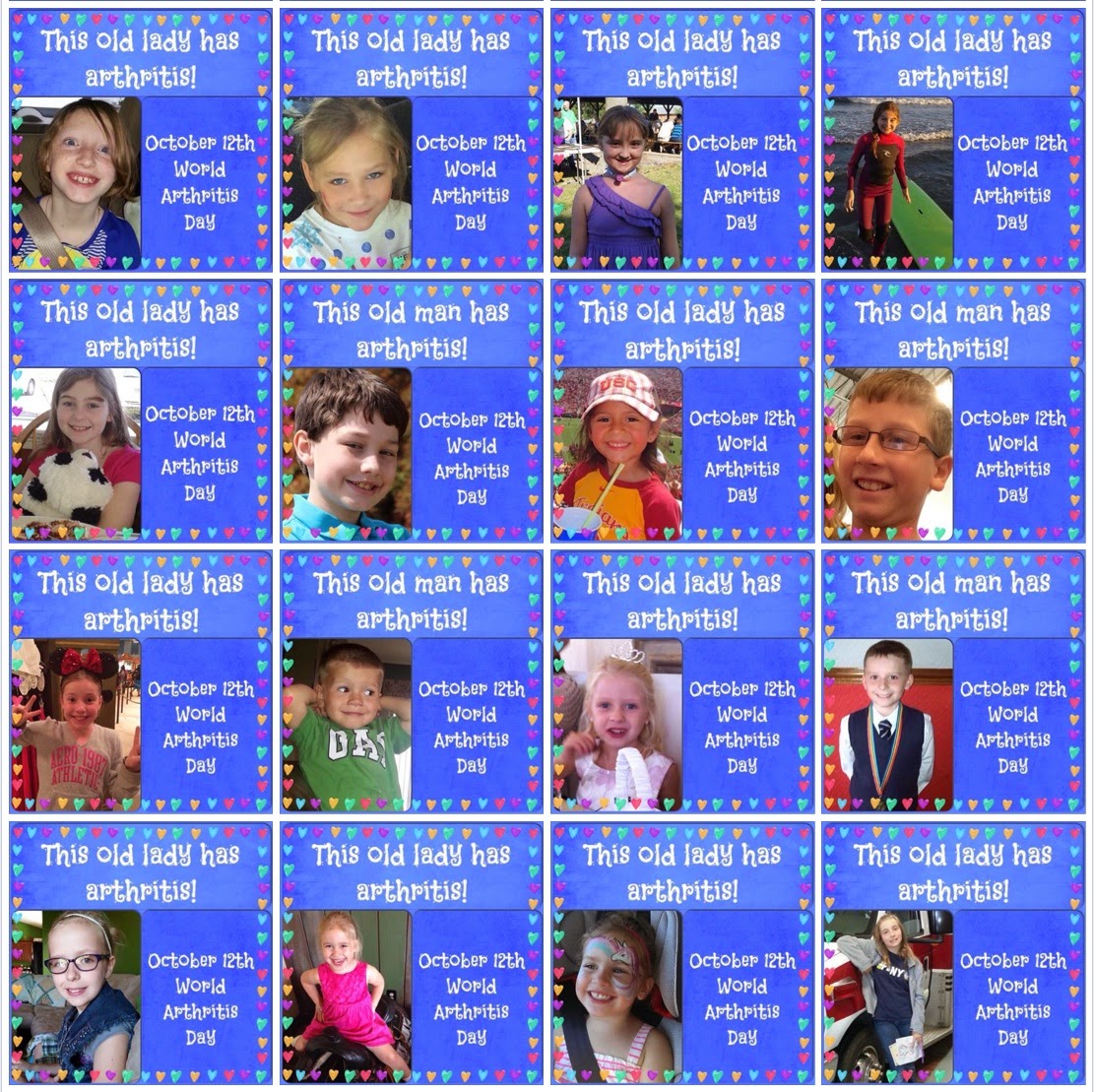 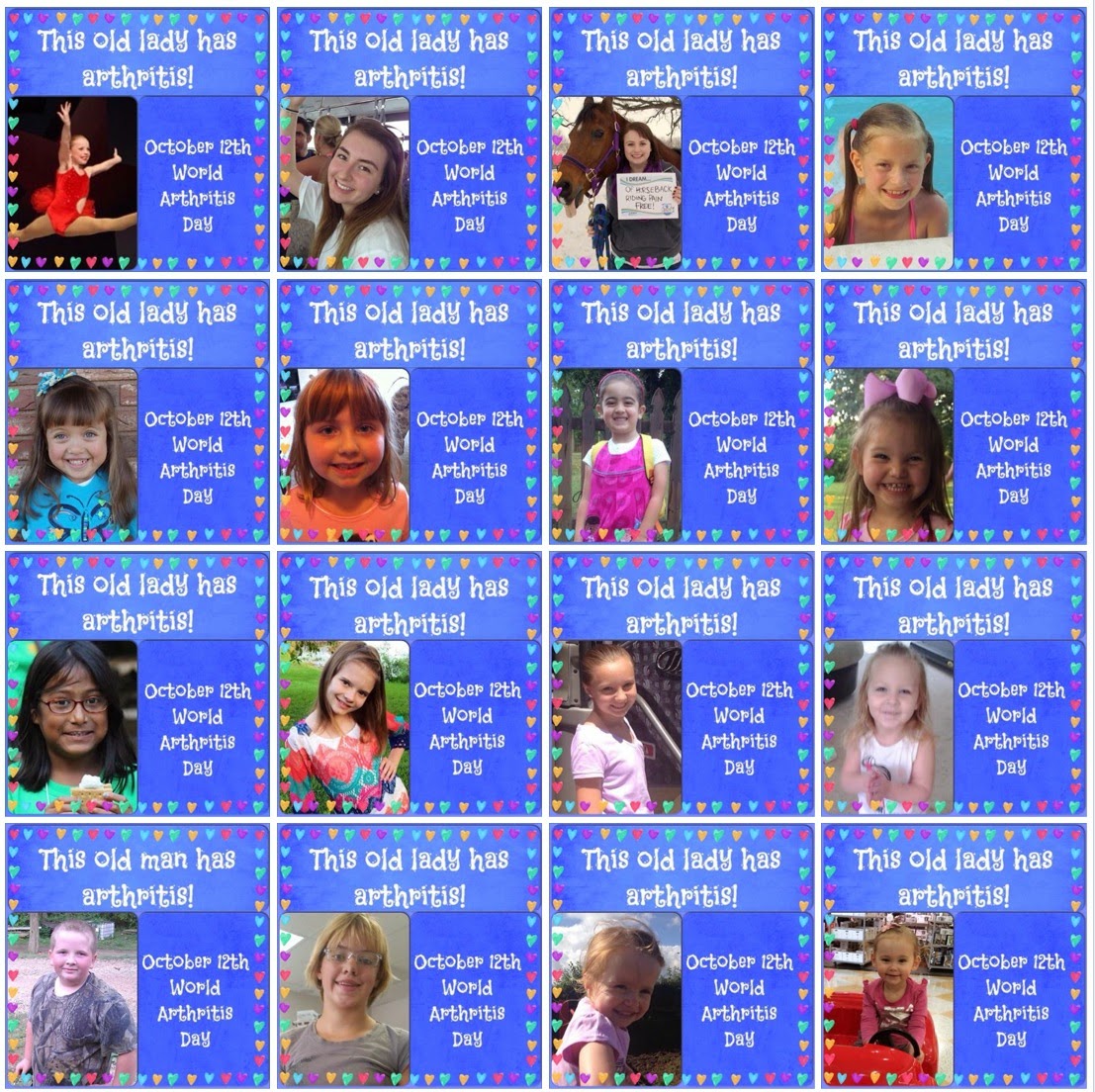 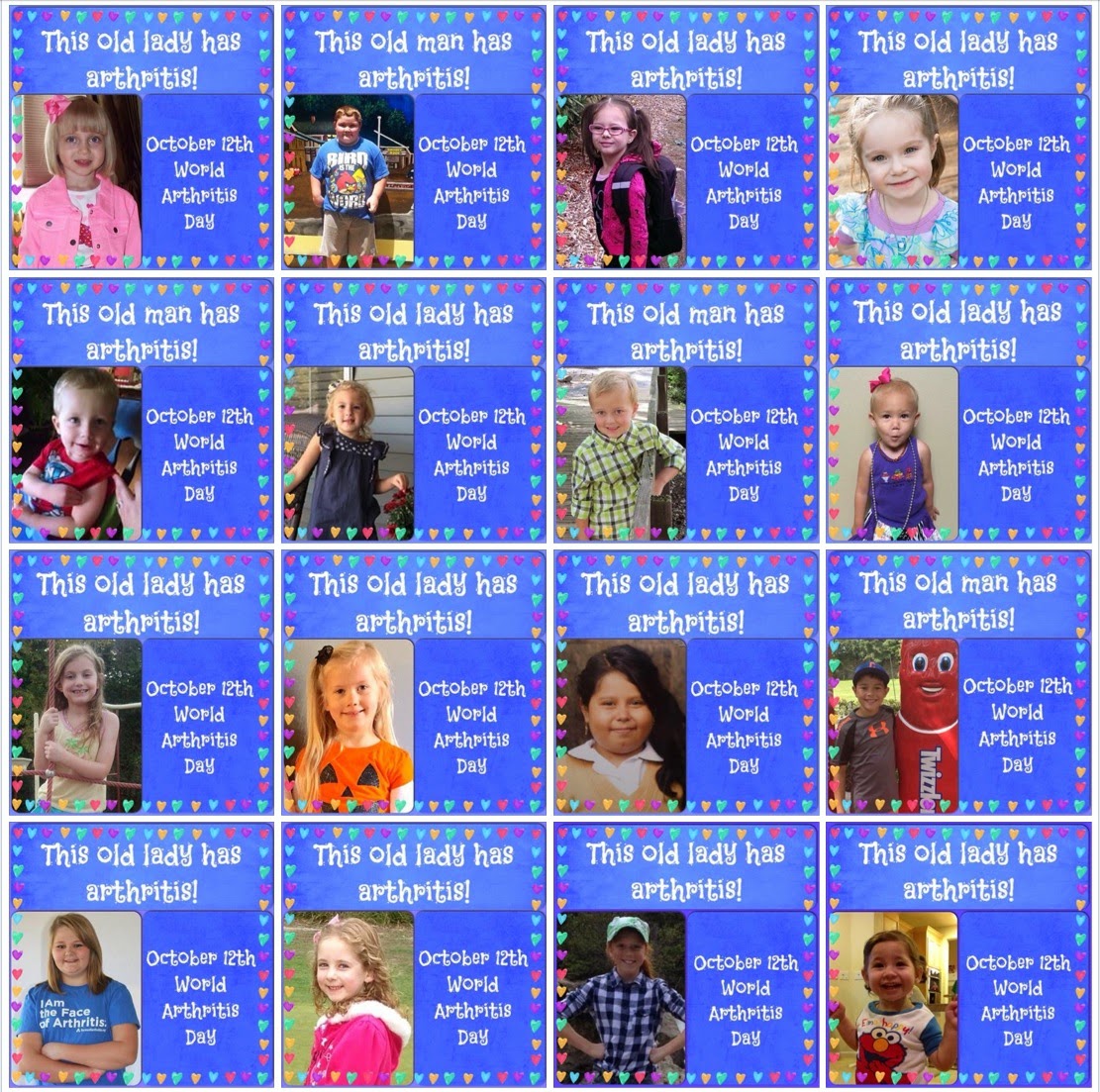 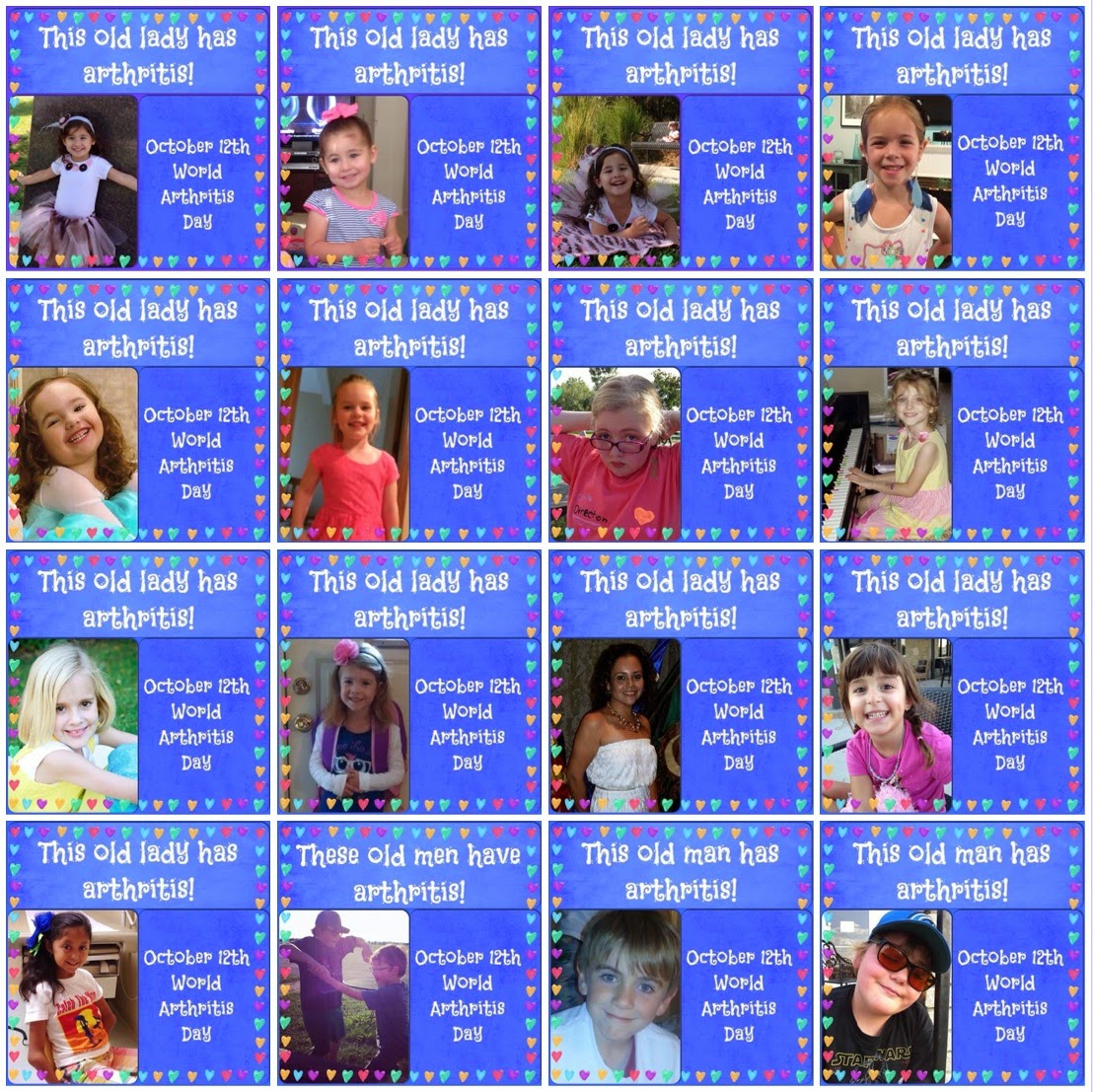 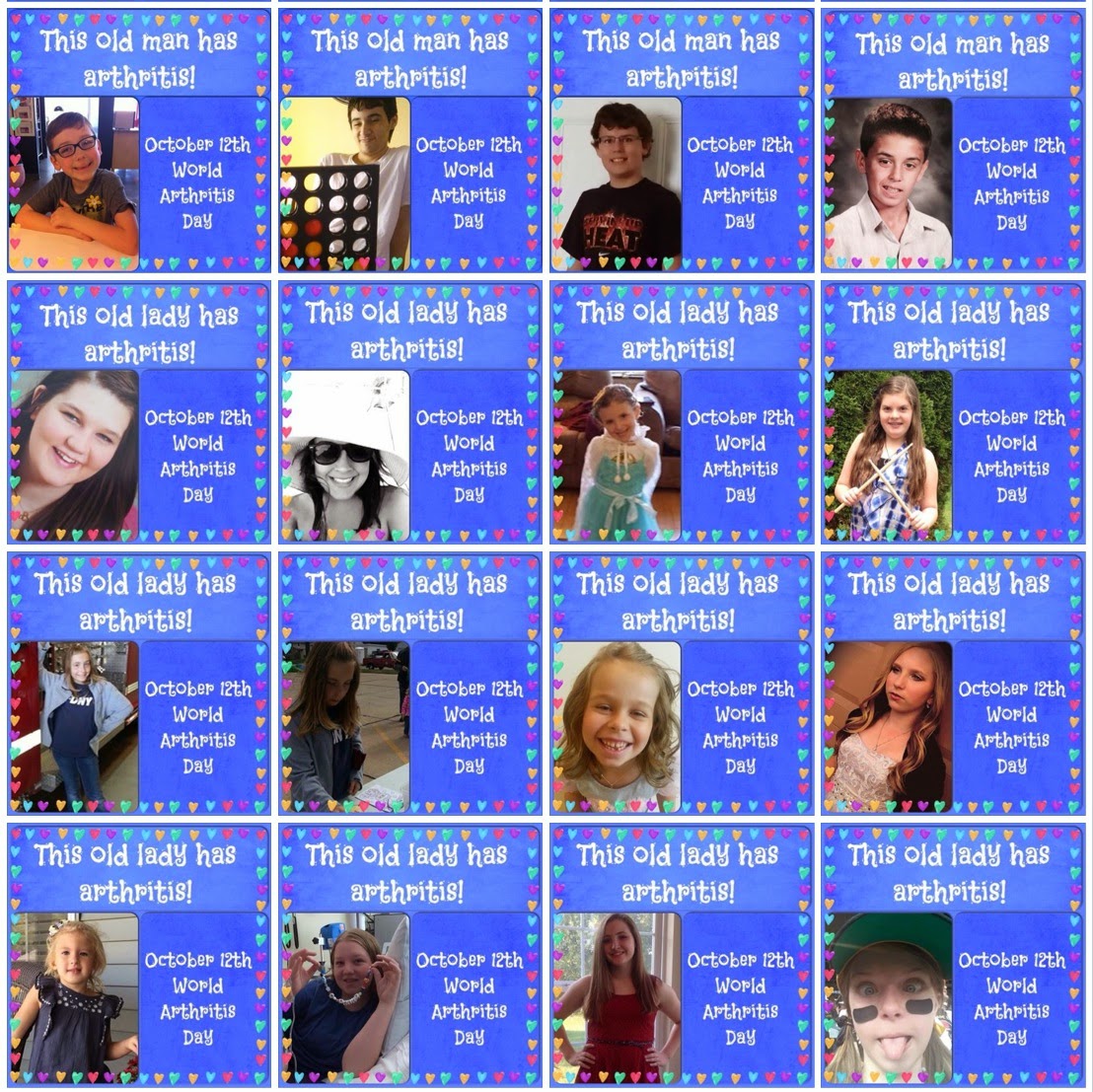 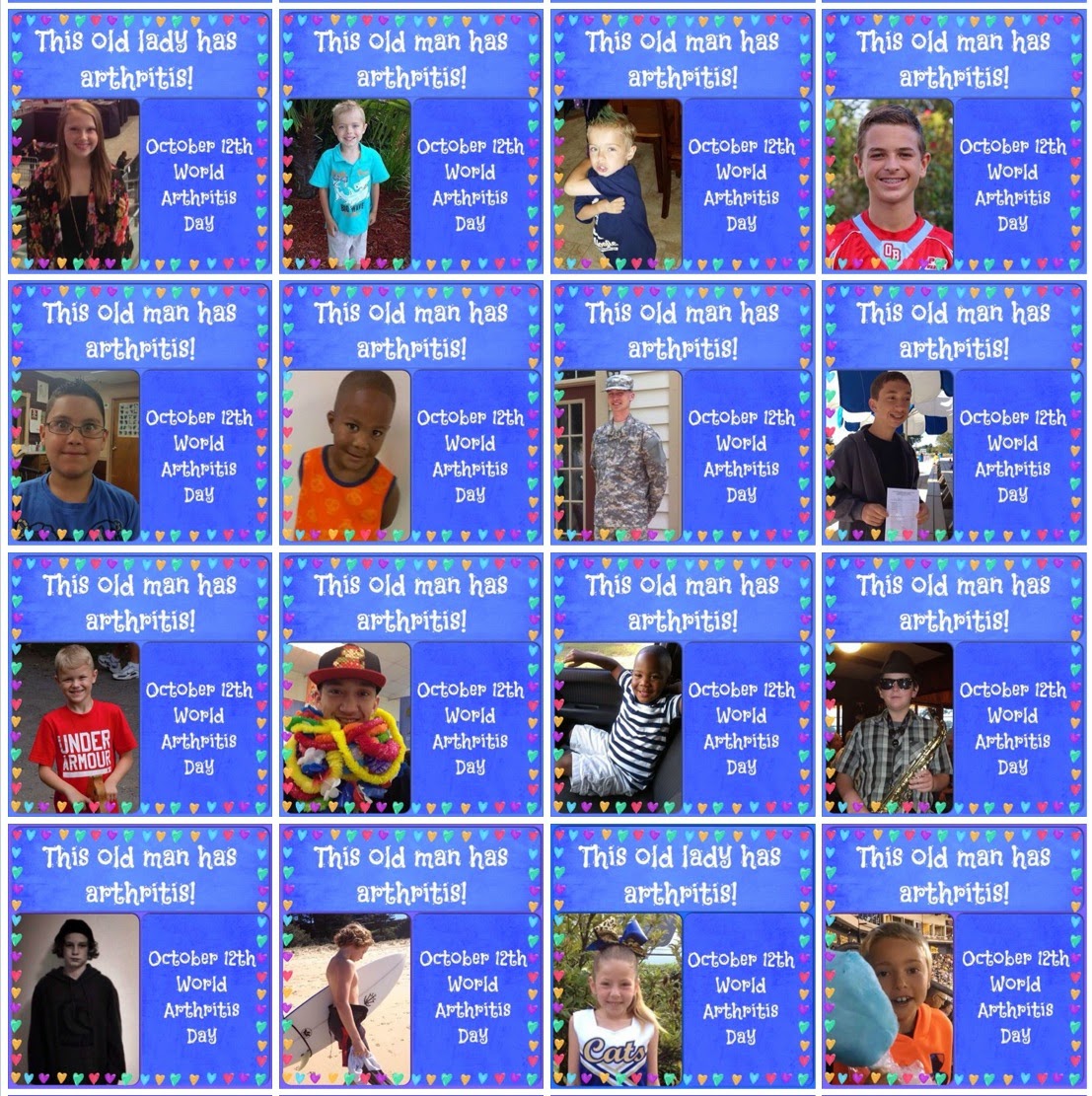 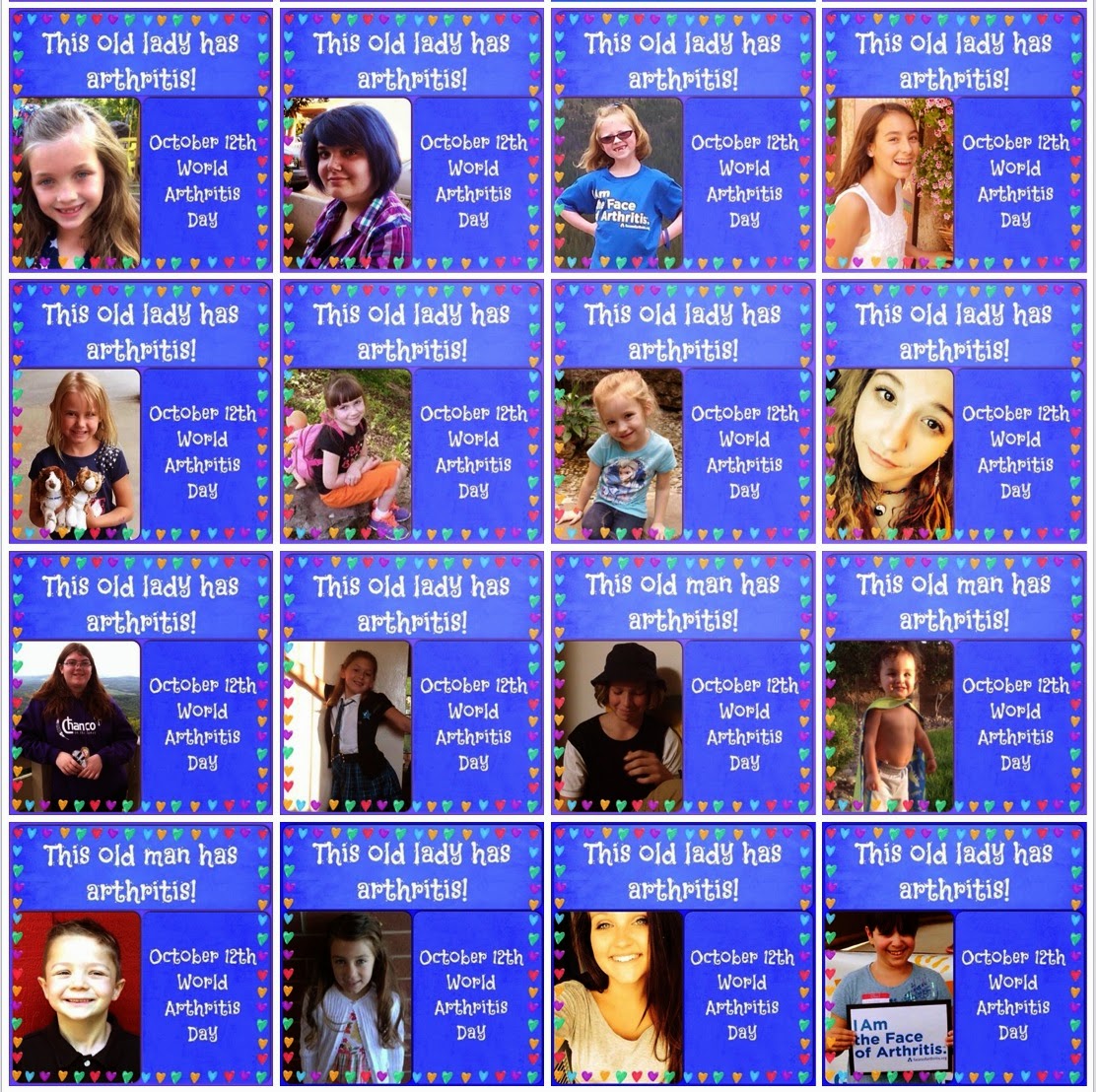 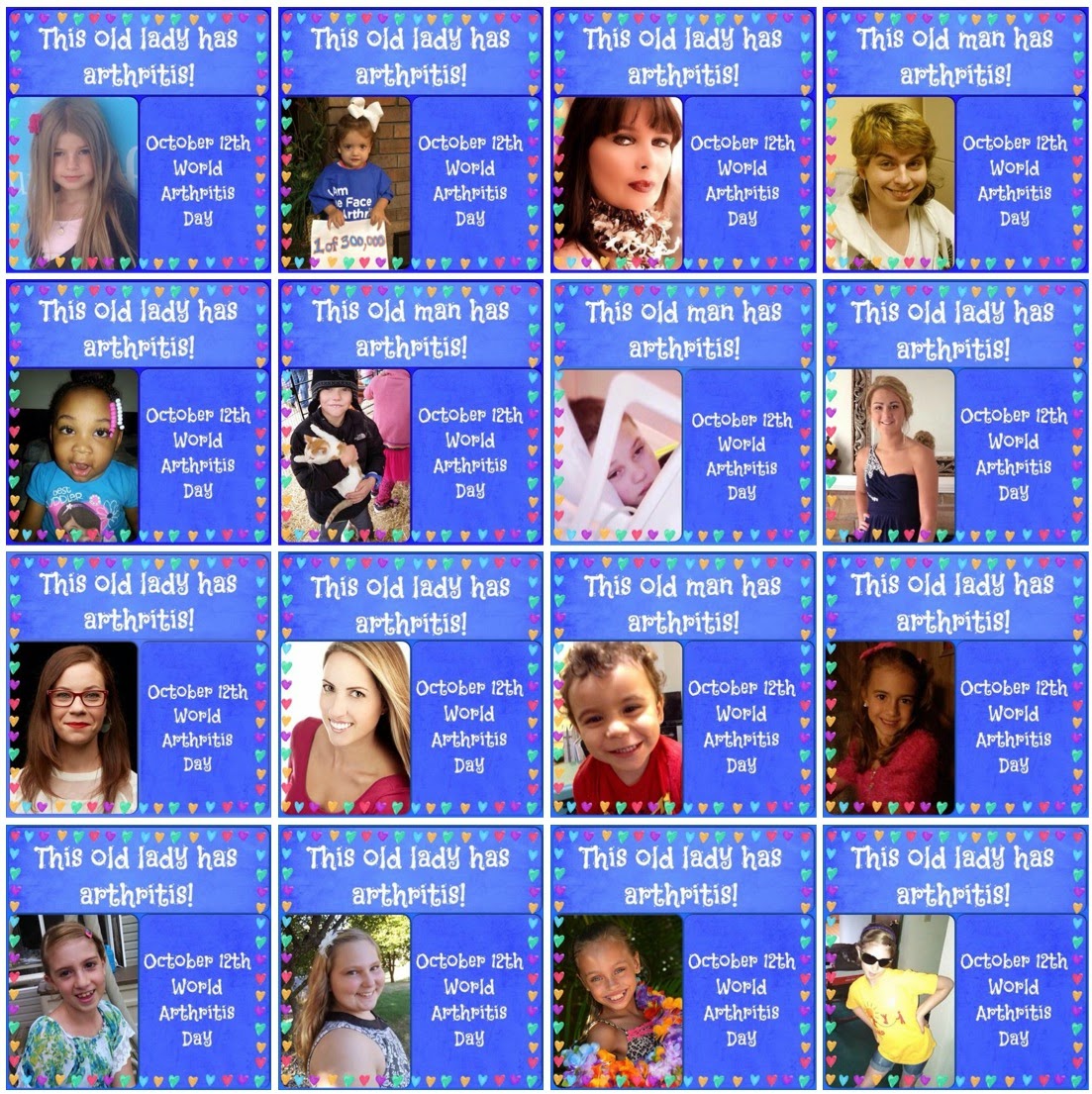 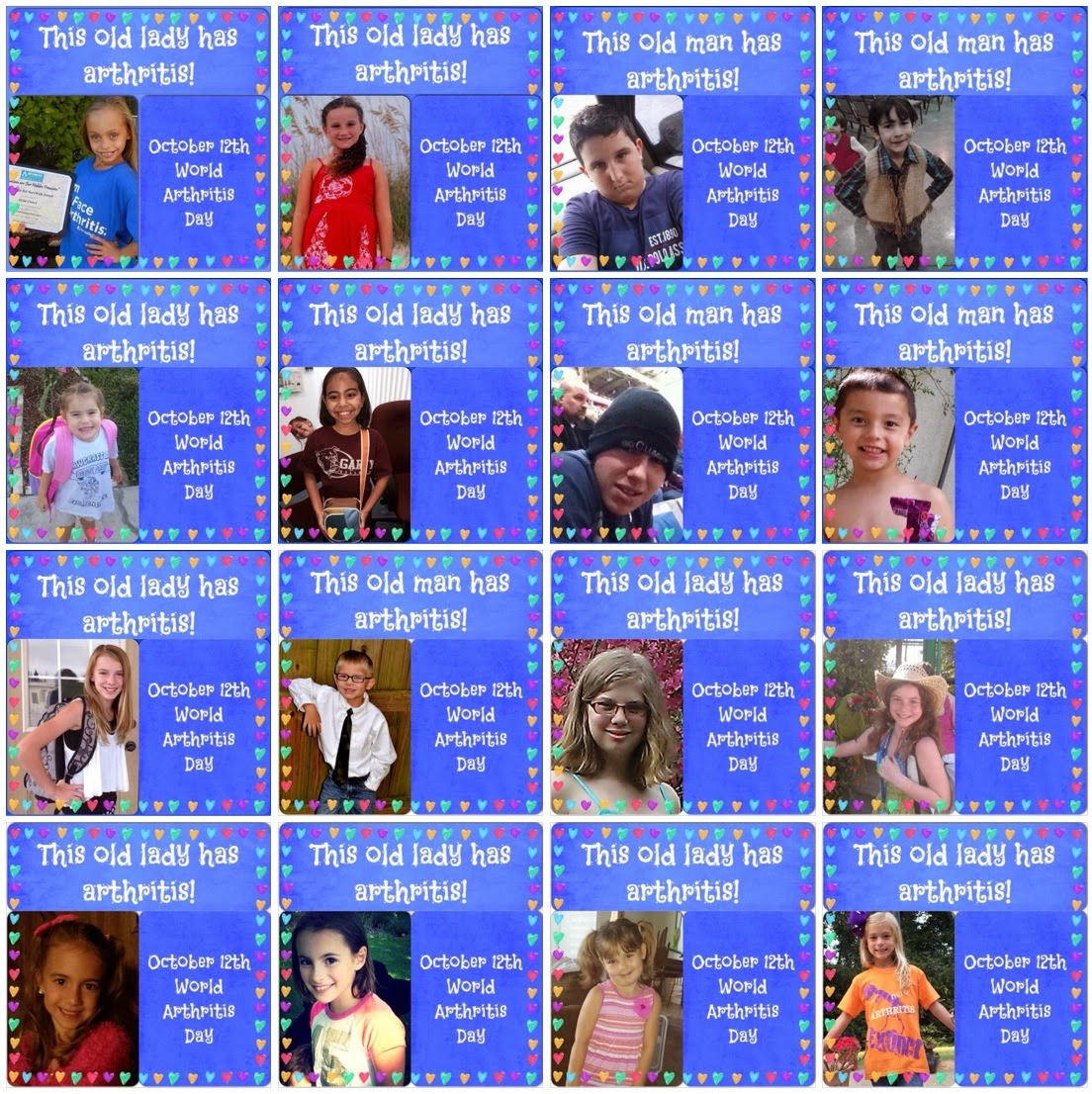 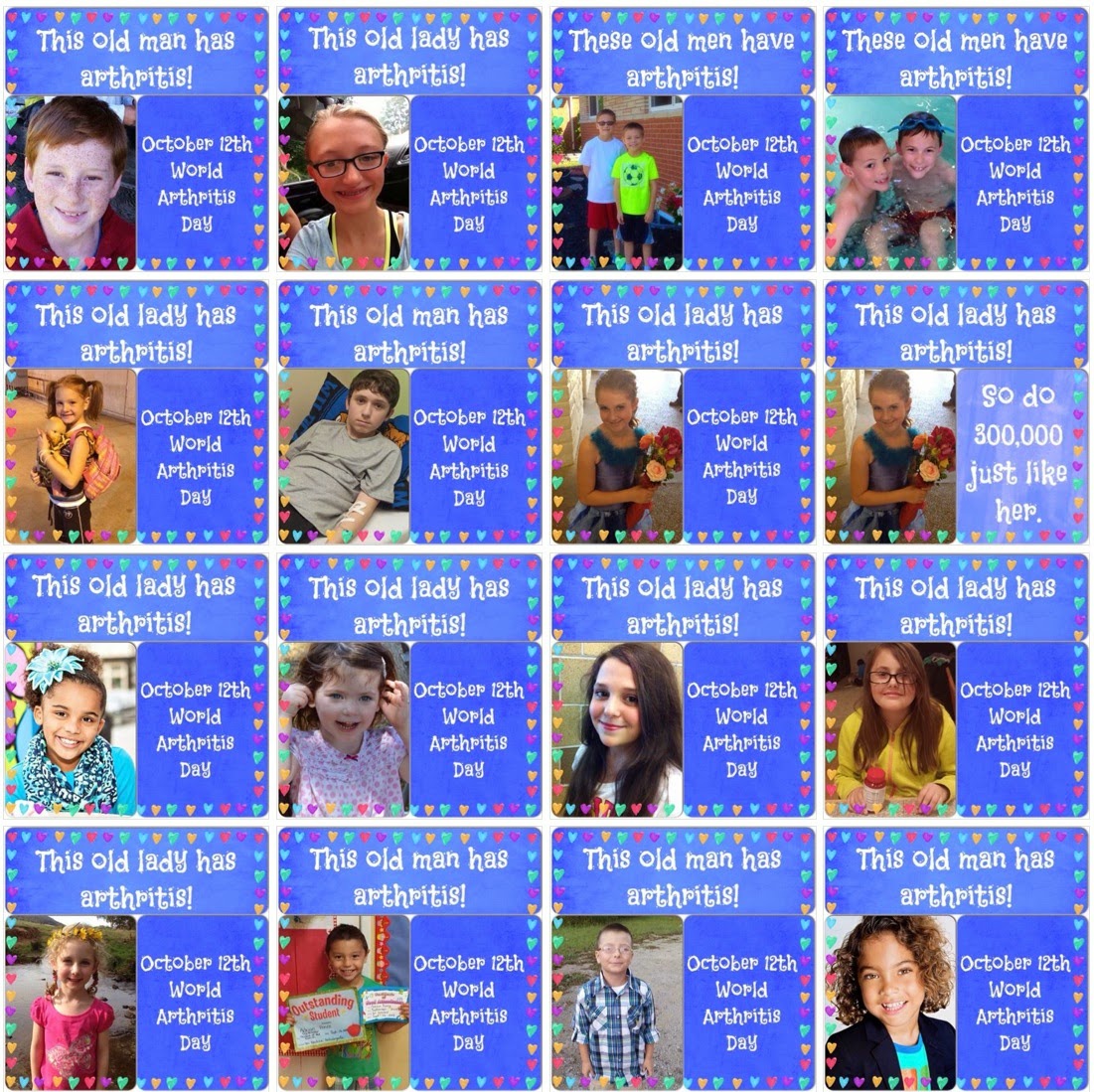 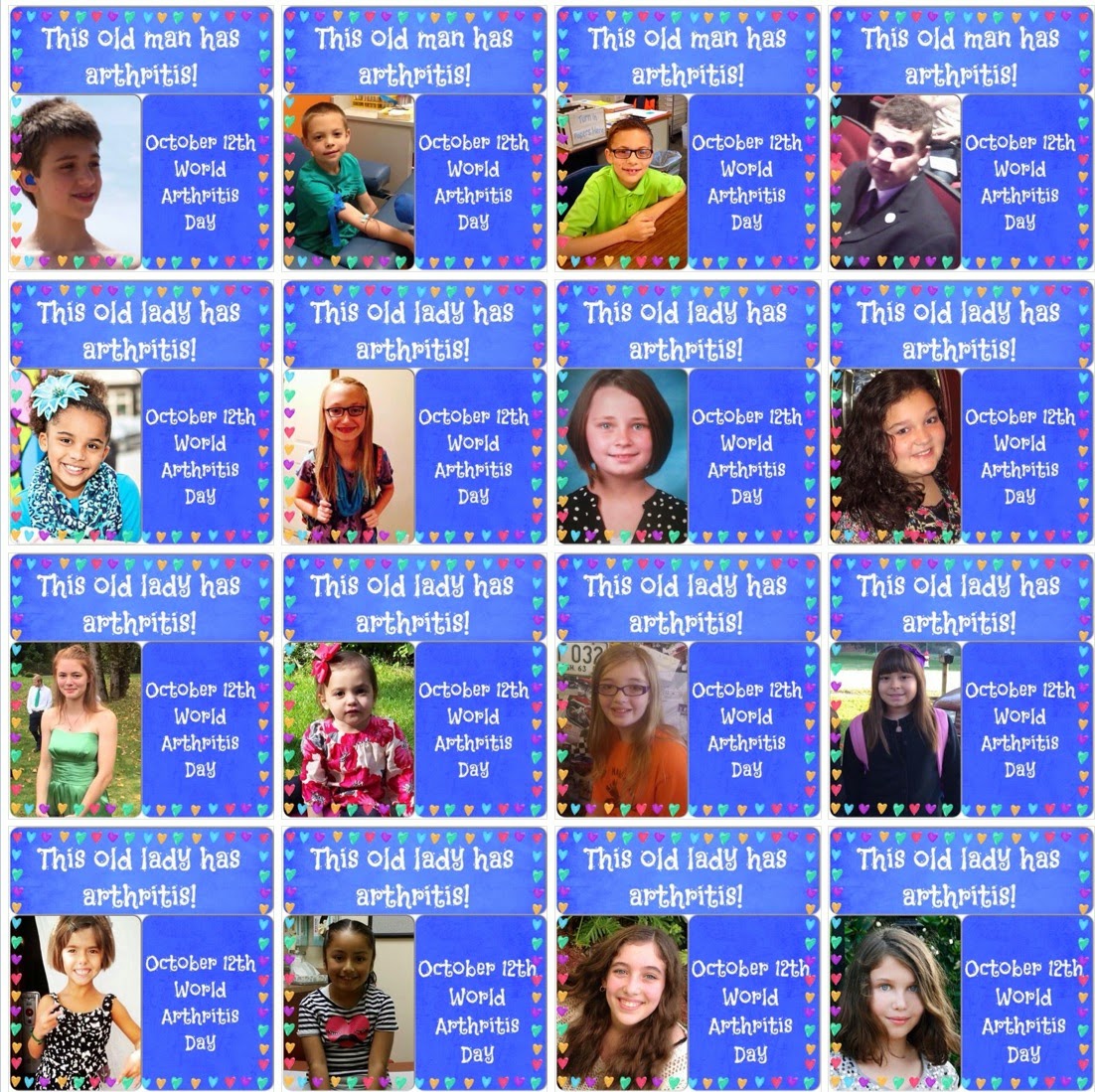